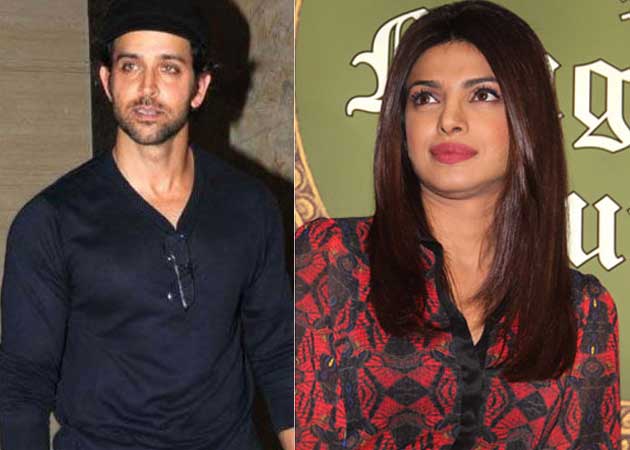 Hrithik co-starred with Priyanka in Krrish and Krrish 3

Not content with his daredevilry in his upcoming film Bang Bang, Bollywood actor Hrithik Roshan has been throwing "dares" to his colleagues from Bollywood, and the latest celebrity to be challenged is Bollywood actress Priyanka Chopra.

The only girl I cud dare this! For super @priyankachopra my #bangbangdare HANDSTAND with a push up!! Do u accept! U have 3 days!

Lol!!! Accepted!!! This should be fun @iHrithik

Priyanka, Hrithik's co-star from Krrish and Krissh 3, has been feted for her convincing performance as a boxer in the movie Mary Kom for which she underwent gruelling workout sessions as part of her training schedule.

Hrithik has also thrown Bang Bang dares to actors Shah Rukh Khan, Sonam Kapoor and Uday Chopra as a part of a promotional strategy for his forthcoming film which will hit theatres on October 2.