The film also stars Deepika Padukone in the lead role 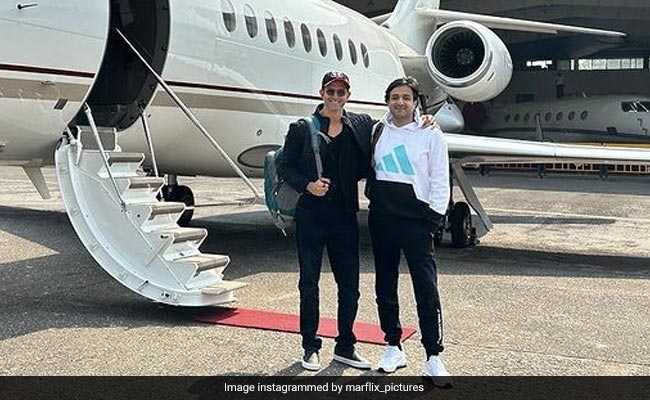 We have good news for all Hrithik Roshan fans. The superstar has begun shooting for his much-awaited action film Fighter. In a photo shared on Instagram Stories, Hrithik is standing in front of a jet with director Siddharth Anand. Along with the image, Hrithik said, “Right. Let's go. #Fighter,” along with a flight emoji. Dressed in an all-black outfit, Hrithik looks suave as always in the photo. The film will feature Deepika Padukone opposite Hrithik for the first time. It is the actor's third collaboration with Siddharth Anand after Bang Bang and War, which was a humongous success. 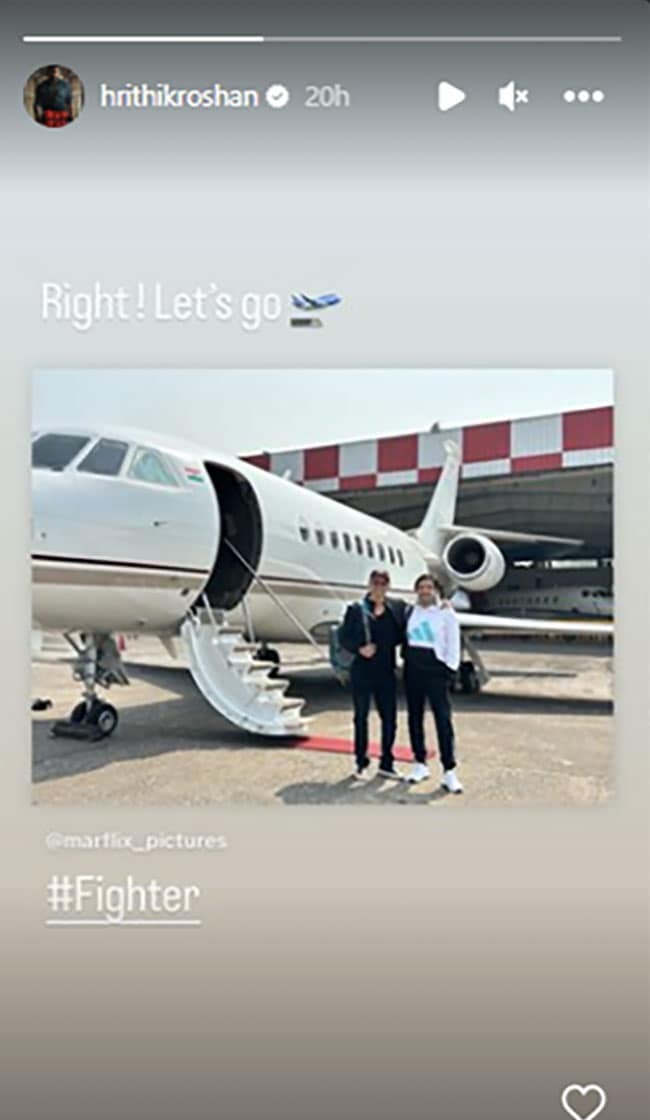 The image, on Hrithik Roshan's Instagram Stories, was originally posted by Marflix Pictures, which is producing the film alongside Viacom18 Studios, Mamta Anand, Ramon Chibb and Anku Pande. The caption read, “And, it begins.”

Hrithik Roshan announced Fighter on his birthday last year. Sharing the motion poster, he wrote, “Presenting a glimpse of the Marflix vision as Fighter! Looking forward to my first flight alongside the exceptional Deepika Padukone. All buckled up for this Siddharth Anand joyride.”

Meanwhile, Hrithik Roshan has been painting the town – or should we say Instagram – red with his girlfriend Saba Azad. Earlier this month, the actor shared an image of Saba on her birthday and wrote, “The rhythm of you, the voice of you, the grace of you, the heart of you and oh that insanely amazing mind of you…Melody in motion girl, that's what you are. Thank you for existing, you quirky crazy nutty anomaly of a human being. Happy Birthday.” To this Saba said, “Ro. Thank you for this and thank you for being.”

Before that, Hrithik Roshan also shared an image of Saba Azad and himself from London. In the caption, he said, “Girl on a bench. Summer 2022. London. The Van Gogh immersive experience.”

On the work front, Hrithik Roshan received critical acclaim for his portrayal of Vedha in Vikram Vedha, a crime thriller. He was seen alongside Saif Ali Khan in the film.