"It's wonderful to have some constants that never change," Tina Ambani wrote 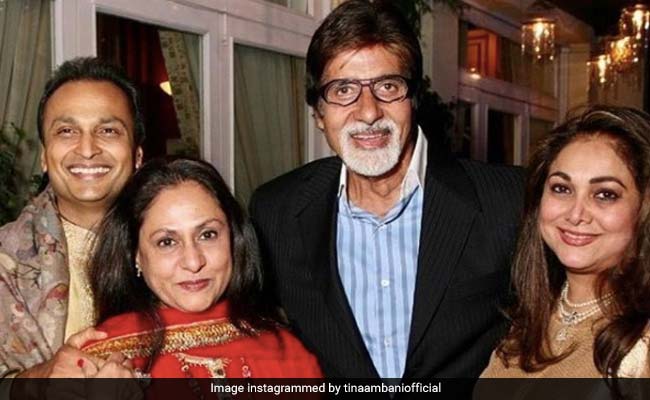 Tina-Anil Ambani and Big B and Jaya Bachchan are a part of a close-knit circle. The families are frequently spotted together at events and parties. Big B's association with the Ambanis goes way back to the Nineties, when the actor's venture ABCL landed him into financial trouble and Anil Ambani's father Dhirubhai Ambani offered to help him. The actor also happens to be close friends with Anil Ambani's brother Mukesh and his wife Nita Ambani.

. In a world where change is the only constant, it's wonderful to have some constants that never change! Happy anniversary JB and Amitji. You are incredibly special to us. @amitabhbachchan

Amitabh Bachchan married actress Jaya Bachchan in June 1973 and they have featured together in films such as Zanjeer, Sholay, Abhimaan, Mili, Chupke Chukpe and Silsila among many others. Jaya Bachchan appeared only in a handful of films after the birth of Shweta Bachchan Nanda and Abhishek Bachchan. In more recent years, Big B and Jaya appeared together in movies like Kabhi Khushi Kabhie Gham and the 2016 film Ki And Ka.