"Ali is working extra hours every day to ensure he meets the deadline so he and Richa have 10 days to prepare ahead for the wedding," said a source 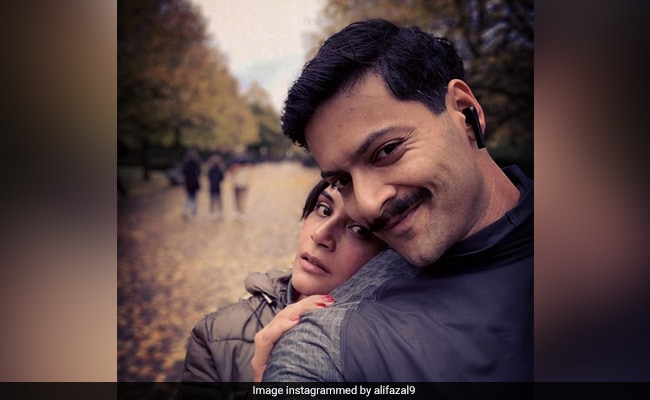 Ali Fazal and Richa Chadha are so cute together (courtesy alifazal9)

Richa Chadha and Ali Fazal are have set a wedding date in April, as was revealed by their spokesperson earlier. Now, Mumbai Mirror reports that the couple are wrapping up their pending projects to free-up their schedule some 10 days before the wedding. Ali Fazal has reportedly been extending his daily work hours to match the deadline. "Ali is working extra hours every day to ensure he meets the deadline so that he and Richa have 10 days to prepare ahead for the wedding," Mumbai Mirror quoted a source close to the couple as saying. Ali Fazal recently finished shooting for American mystery thriller Death On The Nile.

The source also told Mumbai Mirror that the bride-to-be has projects lined-up for after the wedding: "Richa Chadha had planned to complete all her work by March end or April. But she just began work on a new project, while Ali has assignments scheduled for May and June."

Towards February end, the couple's spokesperson told news agency IANS in a statement that Richa and Ali received a date from the court, along with a three-month window, to register their marriage: "Currently, only the date for the registration has been taken. By process the window that is valid is for three months from the date that has been allotted. The couple are working towards an official registration in the last week of April, post which the celebrations will follow. All we can say is that it's a happy occasion and all the parties involved are elated."

The source added that Richa and Ali are expected to have an elaborate guest list only for the reception parties whereas the wedding and the festivities preceding the ceremony will be a close-knit affair: "Except the receptions, where all their relatives, friends and colleagues will be invited, most of the pre-wedding functions will be private affairs with only their inner circle in attendance." However, it is yet to be confirmed whether Richa Chadha and Ali Fazal will get married in Mumbai or New Delhi, where the actress grew up.

Ali Fazal and Richa Chadha are said to be have been dating since 2015. They have co-starred in Fukrey and Fukrey Returns.