Ali Fazal in an interview said, "Our families are co-operative, they understand and are ready to give us time." 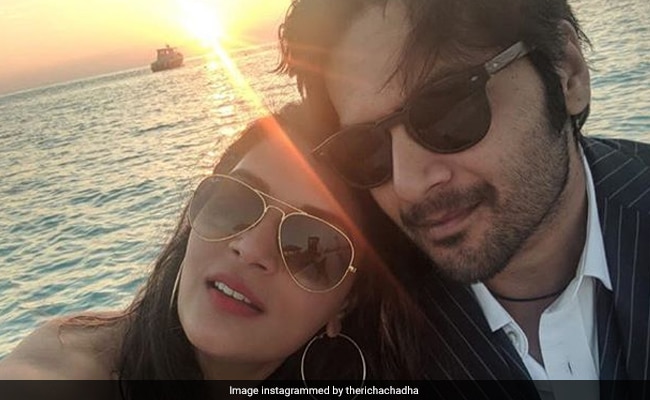 Soon after Richa Chadha opened up about her wedding plans with boyfriend Ali Fazal, in an interview, Ali also spoke about his take on the same in an interview with HT City. Ali was reported saying, "As and when we think that it's time, we'll get hitched and also let everyone know." Ali Fazal appeared rather firm in his tone while answering further questions about his wedding plans with Richa Chadha. He said, "We're two mature individuals, so we know what do we want to do, how and when we want to do certain things. Our families are co-operative, they understand and are ready to give us time. I don't understand that if they can, why can't the world?"

Meanwhile, Richa Chadha had also talked about not having the time to plan out their wedding in a busy schedule. The 33-year-old actress had said in an interaction with Bombay Times, "We don't have time. If we were to talk about marriage, it will be like... I don't have dates in March, May is too hot, we are shooting a film in June, it rains too much in July. It will become like a line production job." According to Richa the couple is "waiting" and is currently in a "happy space."

Over the past few weeks, Richa and Ali Fazal have made frequent appearances together. They made a couple entry to Javed Akhtar's 75th birthday celebration soon after attending a special event organized by Amazon for CEO Jeff Bezos. Meanwhile, Ali Fazal also showed up at Richa Chadha's debut attempt at stand-up comedy on Amazon's One Mic Stand.

Earlier, the Masaan actress stated in her Bombay Times interview, "No one that sees us together feels like it's a mismatch." Richa was further quoted saying, "We never expected to end up together. It happened organically."