"I don't have dates in March, May is too hot, we are shooting a film in June, it rains too much in July." said Richa Chadha in an interview. 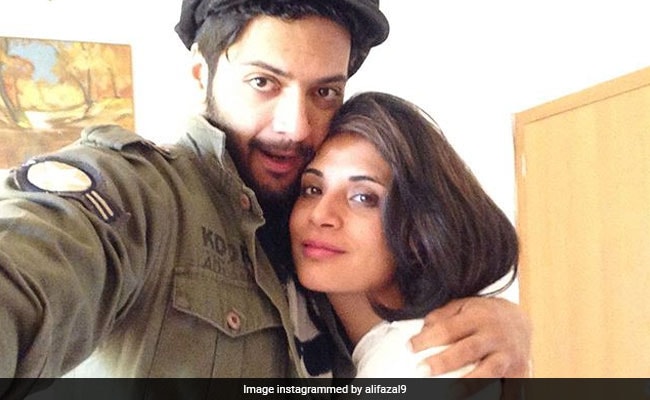 Actress Richa Chadha finally opened up about her wedding plans with boyfriend Ali Fazal. In an interview with Bombay Times, she was asked about her thoughts on getting married when Richa was quoted as saying, "We are waiting." The actress has made several appearances with boyfriend Ali Fazal at various events this month. The couple were spotted at Javed Akhtar's 75th birthday celebration and also at the Amazon event hosted for Amazon CEO Jeff Bezos. In the interview, Richa Chadha added: "We don't have time. If we were to talk about marriage, it will be like... I don't have dates in March, May is too hot, we are shooting a film in June, it rains too much in July. It will become like a line production job. We are waiting and chilling, and we are in a happy space."

The actress has been open about her relationship with Ali Fazal. Her boyfriend also made an appearance in the actress' debut at stand-up comedy show named One Mic Stand. Speaking in the interview, Richa said, "Ali is a sweetheart. He was expected to reach at 8 pm for the show, as I was to perform at 8.30 pm. He showed up at 6.30 pm with coffee and cookies for everyone. He is extremely supportive. I couldn't have asked for a better man in my life." The 33-year-old actress further added, "No one that sees us together feels like it's a mismatch."

In the interview, Richa Chadha also talked about Ali Fazal and said, "I said it's a miracle because it's rare to find like-minded people who share certain core values and have similar interests like poetry, music, films and literature. Ali is also progressive and liberal. To find someone like that in your industry is rare. Also, we never expected to end up together. It happened organically."

Richa Chadha recently featured in headlines for giving "free hugs" to strangers on National Hugs Day on Tuesday. She uploaded a video on Instagram as she stood with a placard saying "free hugs." Ali Fazal had left a cute comment saying, "This is the sweetest thing you could've ever done. I am so proud of you my love."

On the work front, Richa Chadha will be featuring in Panga as a co-star to Kangana Ranaut. The Masaan actress is busy shooting for films in her line-up. Her upcoming films include Abhi Toh Party Shuru Hui Hai, Ghoomketu and Shakeela.