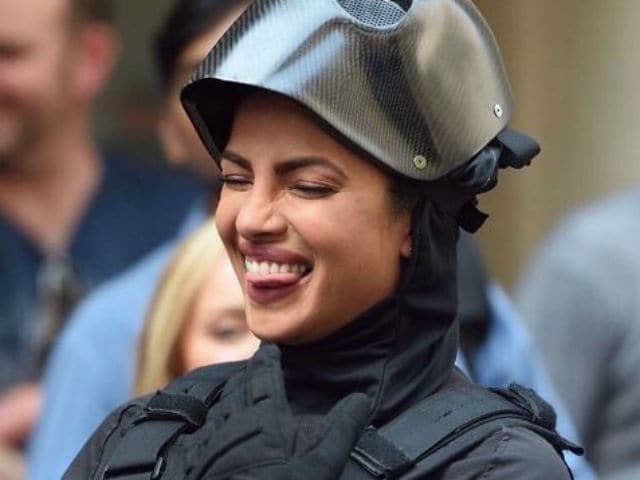 Priyanka Chopra on the sets of Quantico 2. Image Courtesy: priyankachopra

Mumbai: Actress Priyanka Chopra who is looking forward to the season two of Quantico says her co-star Graham Rogers makes her laugh when she is having a bad day.

"Graham Rogers who plays Caleb Haas is a prankster. He and his snapchat...I want to snap his neck sometimes. As his snapchat comes up on my face everywhere I go. He is hilarious, super-funny and makes me laugh whenever I am having a bad day. He makes everyone laugh," Priyanka says.

The Bajirao Mastani actress reveals her other two co-stars, Yasmine Al Massri and Ryan Booth, too have a great sense of humor.

"Yasmine plays the role of twin sister, she is Lebanese-Egyptian raised in Paris, lives in LA, so she has random sense of humor. She says anything at the most inopportune time and it has no filter so it's pretty funny," the actress said.

"Third funny person is Jake McLaughlin who is Ryan Booth in the show...He sometimes says things seriously. And sometimes you don't make out whether he is joking or not and we have to wait till he starts laughing. He creates strange humorous moments on sets," she adds.

Promoted
Listen to the latest songs, only on JioSaavn.com
Quantico Season 2 will air from September 26.