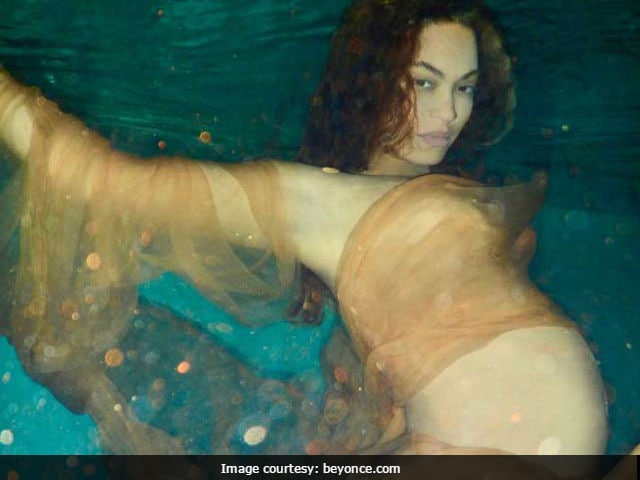 New Delhi: Singer Beyonce Knowles's pregnancy announcement on Instagram has toppled Selena Gomez from the top of the charts. On Wednesday, the 35-year-old pop star posted a picture of her baby bump and revealed that she and husband Jay-Z were expecting twins - the post, which Beyonce signed off as 'The Carters' (Jay-Z's real name is Sean Carter), instantly went viral and Beyonce trended on social media sites all day. Within hours, the post had over 6 million likes - it currently has over 9 million likes and counting. Beyonce, looking quite pregnant already, poses against a backdrop of flowers, a veil trailing over her face and shoulders. Her caption read: "We would like to share our love and happiness. We have been blessed two times over. We are incredibly grateful that our family will be growing by two, and we thank you for your well wishes."

We would like to share our love and happiness. We have been blessed two times over. We are incredibly grateful that our family will be growing by two, and we thank you for your well wishes. - The Carters

The post has received over 4 lakh comments congratulating Beyonce and Jay-Z, who have a five-year-old daughter named Blue Ivy.

2016's Instagram topper was this picture of Selena Gomez (the most followed celebrity on Instagram) sipping a drink, with 6.3 million likes. It was posted last July.

when your lyrics are on the bottle. #ad

This 2015 post of Kendall Jenner lying on the floor with her hair in heart formations received 3.7 million likes.

In 2016, singer Taylor Swift posted an adorable throwback picture with best friend Selena Gomez on her 24th birthday. The post had 3.2 million likes on Instagram.

Going through old pictures today, because @selenagomez just turned 24! I can't imagine my life without you, Selena. HAPPY BIRTHDAY!

Promoted
Listen to the latest songs, only on JioSaavn.com
In 2015, Kylie, the youngest of the Kardashian-Jenner family, posted a picture of herself holding her high school diploma and received 2.3 million likes on Instagram.

I love my mom for doing this. Thank you for making this experience as normal as possible for me. Yay I graduated :)

Beyonce's last album was Lemonade, released a little over nine months ago last April and believed to contain references to alleged unfaithfulness on the part of Jay-Z. It is up for Album of the Year at the Grammy Awards coming up later this month.