How Anil Kapoor, Farhan And Zoya Akhtar Marked 4 Years Of Dil Dhadakne Do

Dil Dhadakne Do showcased the story of a dysfunctional family 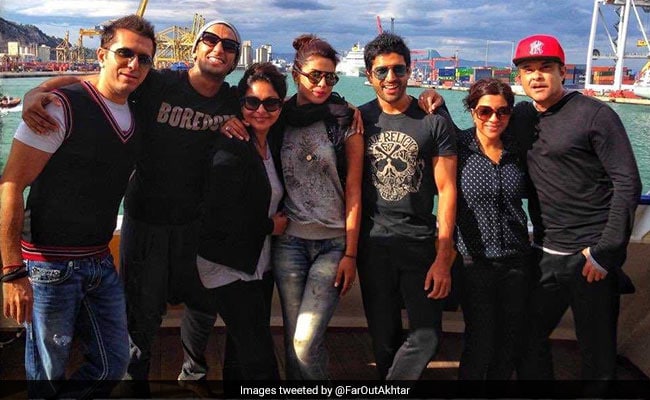 As Dil Dhadakne Do clocked 4 years on Wednesday, film's director Zoya Akhtar and the film's actors Anil Kapoor and Farhan Akhtar shared some of their favourite memories from the film on social media. Farhan Akhtar shared a throwback picture from the sets of the film on his Twitter profile and he accompanied the photograph along with a caption that read, "And it's 4 years of Dil Dhadakne Do ... Big hug to the entire crew and cast. You made the shoot memorable." The picture shared by Farhan featured the actor along with co-stars Anil Kapoor, Priyanka Chopra, Shefali Shah and Ranveer Singh. The picture also features Farhan's sister and the film's director Zoya Akhtar.

And it's #4YearsofDilDhadakneDo .. big hug to the entire crew and cast .. you made the shoot memorable. @AnilKapoor@ShefaliShah_@priyankachopra@RanveerOfficial@AnushkaSharma@ritesh_sid#Pluto#ZoyaAkhtar@kagtireemapic.twitter.com/ukLRKa5KsM

Meanwhile, Anil Kapoor, who played a pivotal role in the film, shared a video on his Twitter handle and he wrote: "A family that travels together stays together. Celebrating 4 years of Dil Dhadakne Do.

A family that travels together stays together! Celebrating #4YearsOfDilDhadakneDo#zoyaakhtar@ritesh_sid@ShefaliShah_@RanveerOfficial@priyankachopra@FarOutAkhtar@AnushkaSharmahttps://t.co/PdtcXrow86

Film's director Zoya Akhtar also shared a still from the film on her Instagram story and she wrote: "Dysfunction junction." The Gully Boy filmmaker tagged Anushka Sharma and Rahul Bose, who were missing from the picture that she shared. 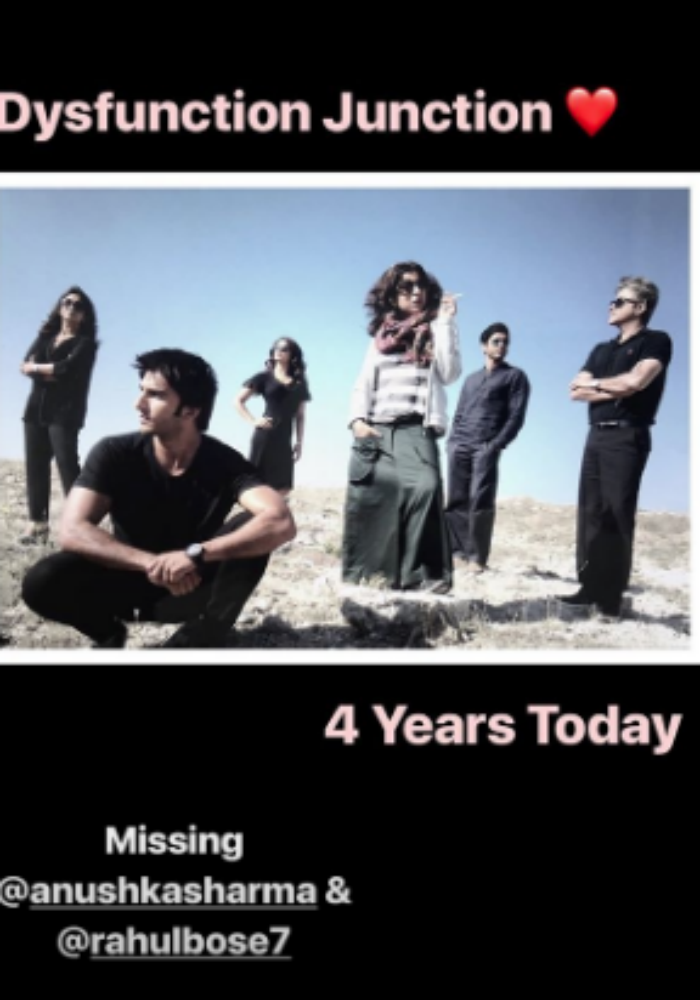 Dil Dhadakne Do showcased the story of a dysfunctional family, who host their 30th wedding anniversary on a cruise trip. The film also touched upon an array of social issues. The highlight of the film was the narration by a dog named Pluto, which was voiced by Aamir Khan. The film performed well at the box office and its songs such as Dil Dhadakne Do, Pehli Baar and Gallan Goodiyaan gained popularity among the masses.