How A 'Younger' Dia Mirza Dealt With A 'Stalker' Once

"When I was younger, back home in Hyderabad even I faced a stalker. I confronted him and asked him his name," said Dia Mirza 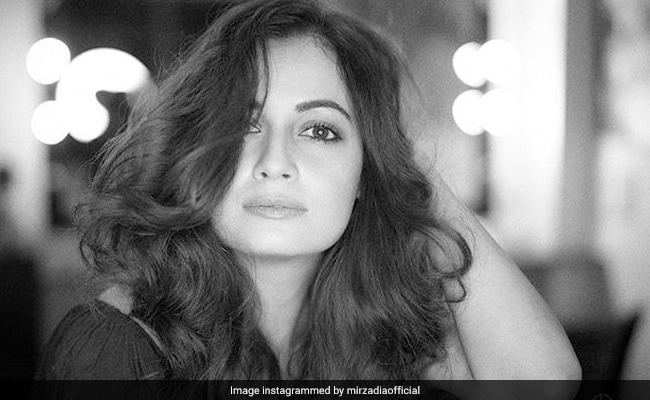 Actress Dia Mirza, speaking at a recent event in Mumbai, opened up about dealing with a stalker in her younger days, reported news agency IANS. "When I was younger, back home in Hyderabad even I faced a stalker. I confronted him and asked him his name. That moment, the boy didn't have an answer," IANS quoted the 38-year-old actress as saying. Dia Mirza, who is also an Artist Ambassador for Save The Child, was speaking at an event hosted by the NGO. She recounted the incident to make her point that: "One should never ignore or be afraid of reporting or calling out a harasser. There is no shame in doing so. It empowers us with the ability to address the problem and more often than not data indicates that it makes a big difference. The harassment does stop," she said, reported IANS.

Talking about how only safety measures are not enough to prevent crimes, Dia Mirza added: "It is much more, with its long and firm roots in the mind-sets and the play of patriarchy. The manifestations of violence can take as horrific a turn as rape. It renders me speechless to hear how young children also fall prey to most heinous of violence and violations."

Dia Mirza announced her separation from Sahil Sangha after 11 years of togetherness. On the work front, she is best known for starring in films such as Rehnaa Hai Terre Dil Mein, Tehzeeb, Koi Mere Dil Mein Hai, Lage Raho Munna Bhai and Fight Club. Her last Bollywood film was the blockbuster Sanju, in which she was cast as Maanayata Dutt. Dia Mirza features in the web-series Kaafir and has produced the show Mind The Malhotras.

Apart from being an actress, Dia Mirza is UN Environment Goodwill Ambassador for India and is actively involved with campaigns promoting sustainable environment.