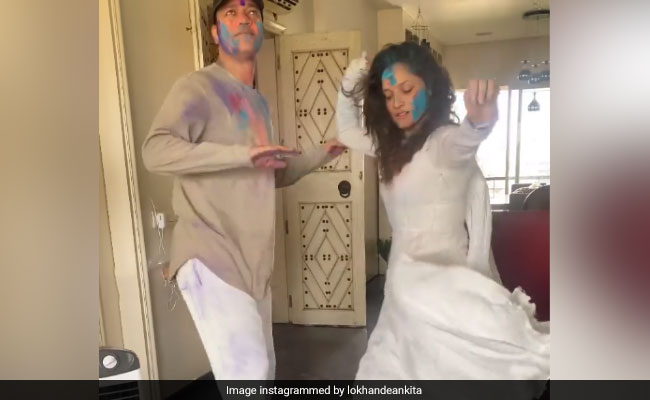 Keeping up with the spirit of Holi, TV star Ankita Lokhande shared a fun-filled video from her Holi festivities, along with her boyfriend Vicky Jain. She shared a few videos on her Instagram profile on Monday evening. In one of the videos, the actress can be seen applying colour to Vicky's face, while in the other one, the couple can be seen dancing their hearts out to Holi-special songs. In the posts, Ankita Lokhande can be seen dressed in a traditional white outfit and she has her hair styled in loose curls. Vicky can be seen complimenting her in a fairly casual outfit. Sharing the video on her Instagram profile, the actress wrote: "Happy Holi everyone." Adding a couple of heart emojis.

Ankita Lokhande and Vicky Jain, who have been dating for more than a year now, frequently trend for her social media PDA.