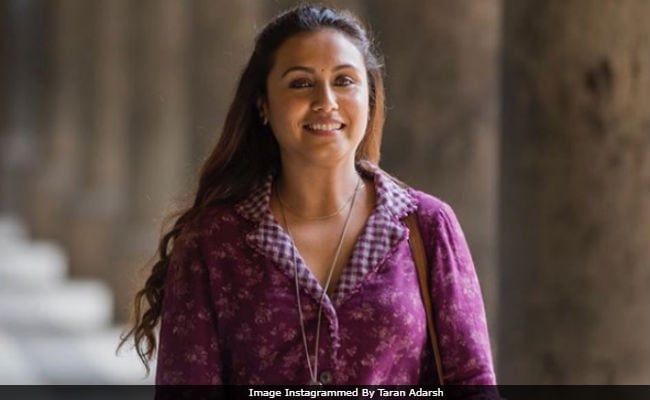 Here's how much Rani Mukerji's Hichki has earned at the box office.

In his review for NDTV, film critic Saibal Chatterjee gave Hichki 2.5 stars out of 5. "Rani Mukerji gives the role of a Tourette Syndrome-afflicted teacher all she has. Full marks there! However, Hichki isn't the kind of class act that does justice to the film's larger purpose of underscoring the need for inclusion. The tale at the heart of Hichki is definitely inspirational. If only it had been a tad more inspired, it might have hit home with far greater force," he wrote.

Promoted
Listen to the latest songs, only on JioSaavn.com
Of Hichki's box office report so far, Rani said, "This box office validation gives me incredible confidence to continue my journey as a working mother who can aim to balance her professional and personal life to a T. Thank you all for giving me the power to continue living my dream."