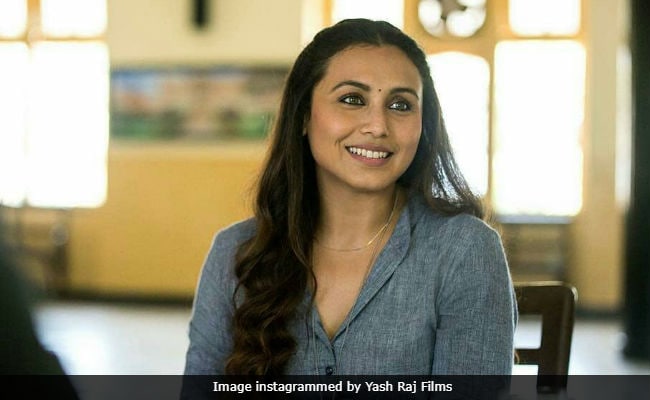 New Delhi: Actress Rani Mukerji's Hichki, tale of an aspiring teacher with Tourette Syndrome, passed with flying colours on the opening days. The film opened across 961 screens and earned Rs 3.30 crore on Day 1, for which Rani Mukerji said: "This box office validation gives me incredible confidence to continue my journey as a working mother who can aim to balance her professional and personal life to a T. Thank you all for giving me the power to continue living my dream." Rani returned to the silver screen after a gap of four years (she was last seen in 2014's Mardaani) and in a statement she said that she enjoyed being a mother to her 2-years-old daughter Adira during the sabbatical of sorts but acting was her "first love."

Rani Mukerji said that the commercial success of Hichki was immensely important for her and "for all my fellow lovely, outstandingly talented actresses who dream to follow their passion post their marriage, or even after becoming a mother." She added: "Deep down I was nervous that if I fail, I would be forever succumbing to the archaic stereotypes, to the same hichkis that have been prevalent for so many years."

Promoted
Listen to the latest songs, only on JioSaavn.com
Rani Mukerji said that the success of Hichki reinstates the fact that for the audience "good cinema and good performance is the only thing that matters - not marital status, not parenthood." She said that the movie-goers have "celebrated working mothers today."