Hichki Movie Review: Rani Mukerji Does Well In A Predictable And Cliched Film

Hichki Review: Rani Mukherji's strong portrayal of a Tourette Syndrome sufferer emerges skin deep in a film that never goes beyond the obvious 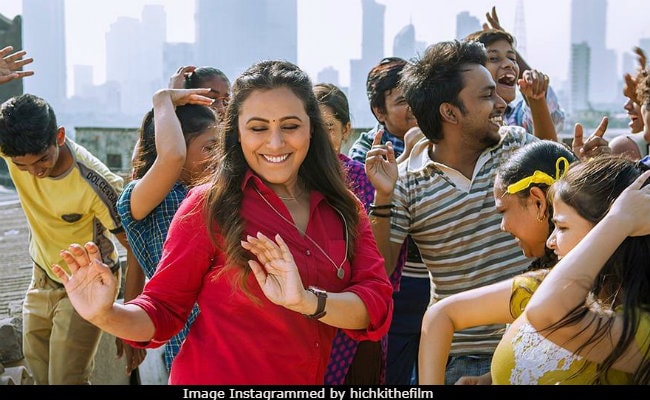 A teacher throws eggs at an unruly class of schoolchildren. The kids are understandably taken aback by this sudden outdoor circusry, but - impressively enough - all of them manage to catch the eggs tossed their way, after which their teacher reveals that these were, in fact, hardboiled. As the kids snack on their trophies, the teacher states that their ability to catch these eggs means they can compute projectile parabolas in their head. According to her, this shows that they have an instinctive knowledge of physics. 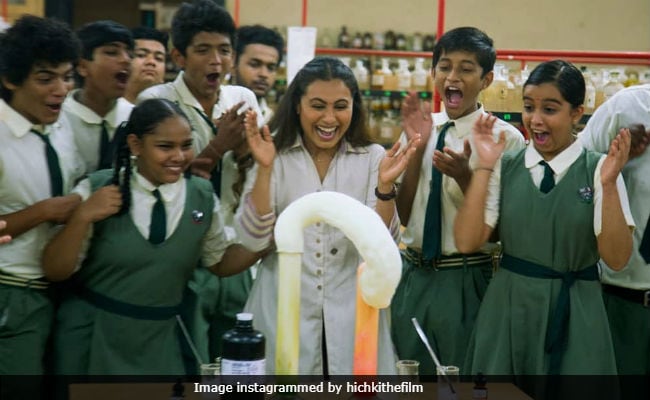 This doesn't quite seem right - clearly our cricket outfielders could do with some tutorials - but Siddharth Malhotra's Hichki doesn't really linger on lessons and learnings. This is a film where education and insight are imparted via quick and convenient montage, where the egg-throwing teacher triggers off Mentos-in-Diet-Coke explosions for her students. She does have her hands rather full, to be fair, as she tries to tame a wild bunch of poor children from slums who are given stepchild treatment in an upright, uptight school.

This kind of To Sir With Love/Dead Poets Society/School Of Rock setup would be enough, but Hichki goes for more. Based on the true-life story of Brad Cohen, Rani Mukerji plays a teacher with Tourette's Syndrome, punctuating her life with uncontrollable vocal tics and wrist movements. A fine actress, Mukerji does well to make her condition appear natural and entirely involuntary, but the story pivots too far away from the students' (and teachers') acceptance of the syndrome. Soon it becomes merely an actorly affectation, with hardly any bearing on the storytelling. 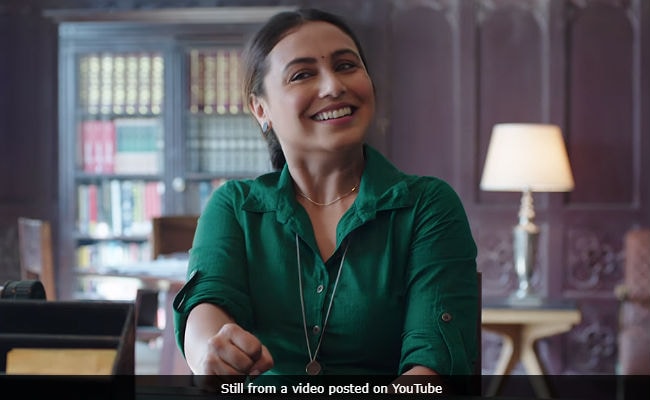 Hichki Movie Review: Rani Mukerji in a still from the film (courtesy YouTube)

The story here is about how poor kids are harnessed and made to believe in themselves, and the answer might lie in the way they are being segregated even at school, all these kids admitted via the Right-To-Education act and being bundled into one scruffy section no teacher wants to handle. Can class divisions be based on a class divide? That is an interesting question, and I was reminded of the way Delhi Public School used to herd its highest-scoring scholars in Section A, but Hichki cares less about the interesting than it does the obvious. Platitudes are mouthed in every other scene - "there are no bad students, only bad teachers," and so forth - while the background score wells up with sadness every time the word Tourette is mentioned.

The taming of an impossible class is a subject overused in cinema, but it works primarily because of some ingenuity in the way facts are presented - to the classroom and to the audience. In Dangerous Minds, Michelle Pfeiffer used karate to impress the students and Bob Dylan lyrics to get them into poetry; in Dead Poets Society, Robin Williams made the boys stand on desks to look at the world from a different angle. Mukerji and her eggs don't quite make the same impact. The film's script allows the kids many a Spartacus moment of solidarity, yet this decently acted film never quite escapes predictability. 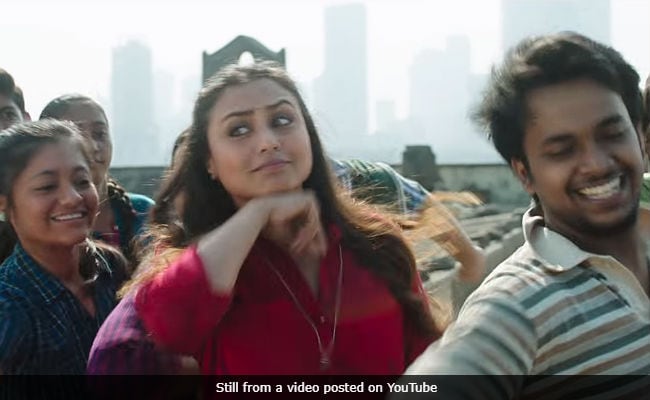 Hichki Movie Review: Rani Mukerji in a still from the film (courtesy YouTube)

The problem lies precisely in the way Tourette's Syndrome is used as window-dressing, as awards-show bait. Mukerji is impressive but her condition ceases to matter as the kids - after a few moments of ridicule - settle into line soon enough. Compare this, if you will, with the superb Half Nelson, where Ryan Gosling's debilitating drug habit made it impossible for him to teach, following which the students helped him out of it. In this film, Mukerji's affliction wins her our sympathy but doesn't go beyond that.

As mentioned, Mukerji's performance is solid, and there are some deft moments from fine actors like Shiv Subramanium who plays a school principal befuddled by the idea of anyone ever wanting to do what he does, and the masterful Neeraj Kabi who makes an annoyingly villainous teacher somewhat believable. Early in the film there is a fleeting montage of different people interviewing Mukerji's character and flinching at her 'hiccups,' which looks rather quirky, but the film is unable to match its sprightliness.


Promoted
Listen to the latest songs, only on JioSaavn.com
Instead, this is a film where Mukherji is not just a teacher but a multipurpose academic tool, tutoring these kids in every subject while the rest of the school has chosen not to care for them. We are supposed to feel for this teacher and her Swiss Army strife, but logic gets in the way. This is a film where a man who runs a restaurant tells his father he should come to the restaurant sometime - while they are both sitting in the restaurant. (This is also a film where we see an old Sachin Pilgaonkar, an actor once known for his babyfaced roles, briefly play a young, bewigged version of himself, and that is a severely disconcerting sight.)

The kids are fine, well cast and atypical enough to be fun, even though the film doesn't give them any individualism beyond the most basic labels of 'rebel' and 'teacher's pet.' There is, for example, a headphone-wearing boy given to impromptu rapping, but he isn't given a chance to show off his gifts. There simply isn't room for others during the Rani Mukherji show, you see. Class dismissed.