Hey Hrithik Roshan, Not Only Does Zomato Buy Your Samosa Love, They Found A Krrish Connection 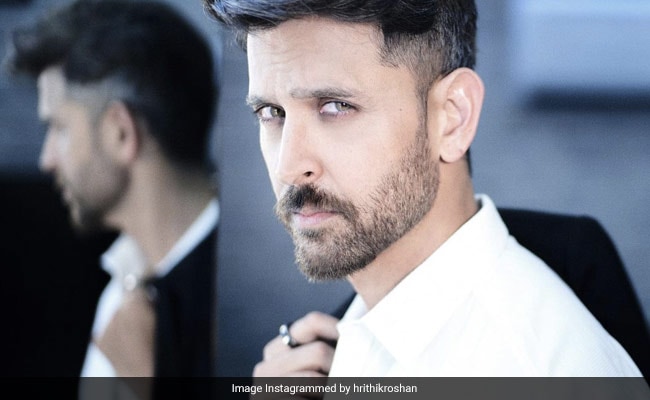 We are so not over Hrithik Roshan's samosa post and neither is the Internet. On Wednesday, the actor occupied a spot on the list of trends courtesy a picture that he shared, in which he can be seen staring at a computer screen. Don't be fooled, he wasn't busy working. In fact, the actor was doing something even more important - deciding on the menu. The actor captioned his post: "Don't be fooled by the serious face. It's a menu." He added the hashtags #itakemyfoodveryseriously and #missinmysamosas to his post. A section of the Internet was not convinced that the actor eats samosas but food delivery app Zomato does. In fact, the brand proved the point by referring to a popular dialogue from Hrithik Roshan's 2006 film Krrish and they commented: "Meri shaktiyon ka sahi istemal ho raha hai ma" 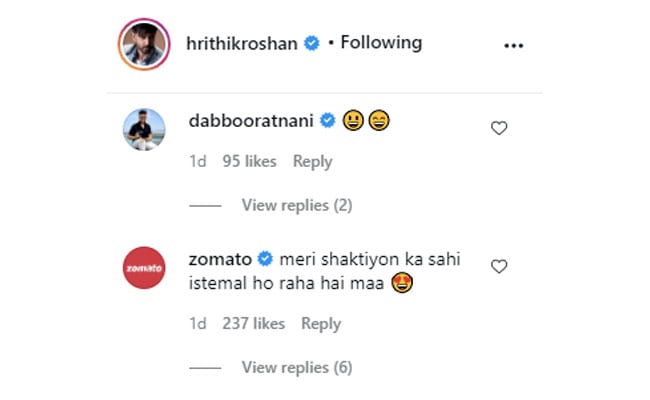 The superhero Krrish series began in 2006 as a sequel of sorts to the Rakesh Roshan-directed Koi... Mil Gaya. Krrish 3 released in 2013 and since then Rakesh Roshan has been nurturing the idea of the next installment. In 2018, Christmas 2020 was announced as the release date of Krrish 4 but there has been no update on it since then.

On Wednesday, Hrithik Roshan posted a picture-perfect selfie and he captioned the post: "It's actually a comedy." This is the post we are referring to:

In terms of work, Hrithik Roshan will next be seen in Fighter, co-starring Deepika Padukone. He was last seen in the blockbuster hit War, co-starring Tiger Shroff and Vaani Kapoor. He also starred in the film Super 30, which released in 2019.