Yes, Hrithik Roshan Eats Samosas. How He Responded To A Disbelieving Fan

"Don't be fooled by the serious face. It's a menu," Hrithik Roshan captioned a photo on Instagram 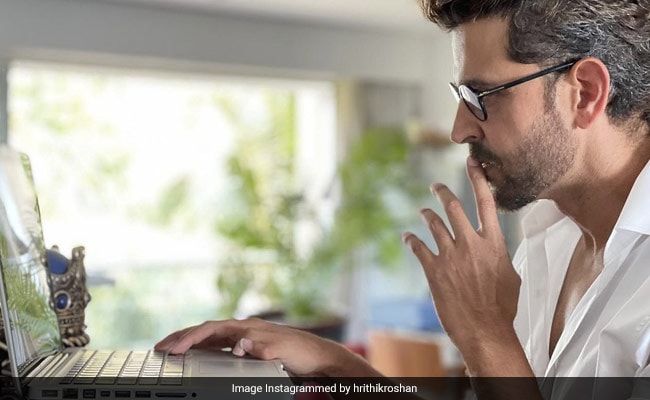 Hrithik Roshan eats samosas and he takes them very seriously. The actor recently shared a drool worthy picture of himself staring at his computer screen. The Krrish star explained his pose in the caption, "Don't be fooled by the serious face. It's a menu." Hrithik then went into the specifics of what he wanted to munch on, posting "#itakemyfoodveryseriously #missinmysamosas."

Many of his fans found this post relatable and dropped heart eyed emojis in the comments section. Not just fans but Hrithik's celebrity friends, including Tiger Shroff and Preity Zinta, also dived in to express their sentiments regarding the pic.

Tiger, who acted with Hrithik in the hit movie War, added laughing emojis, while Preity Zinta wrote a simple, "Me Too." Hrithik's father and actor-producer, Rakesh Roshan joined in too with a "Hahaha."

In fact, the 47-year-old star also interacted with some of his fans. When an admirer asked, "You want us to believe you eat samosas", he quipped, "Is there anything better?".

Another fan wrote, "That nose is so sharp, it could actually cut the potatoes for your samosas." Pat came the reply from the actor, "Comes with collapsible nostrils."

Hrithik looks quite appealing in the photograph with the perfectly pulled back hair, stubble and stylish glasses.

Hrithik was last seen in Siddharth Anand's War, which was an action film. The 2019 movie, which also featured Vaani Kapoor and Tiger Shroff, turned out to be a blockbuster. He is soon to collaborate with the same director for a film titled Fighter. It stars Deepika Padukone as the female lead. Apart from this venture, fans are eagerly waiting for the official announcement of the next edition of his Krrish franchise.