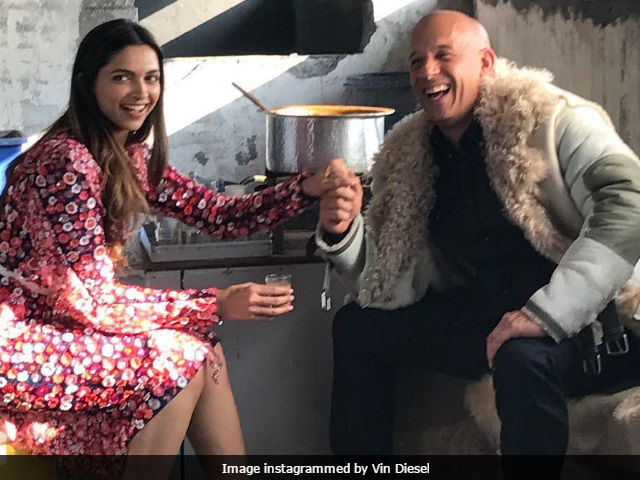 Promoted
Listen to the latest songs, only on JioSaavn.com
When in India, Vin Diesel met Deepika's rumoured "boyfriend" Ranveer, who showered the Fast And Furious star with compliments, which Vin Diesel a happy man, reported new agency PTI.

The Piku actress, who was last seen in a special appearance in a song from Raabta, will feature in Sanjay Leela Bhansali's Padmavati co-starring Ranveer Singh and Shahid Kapoor which is reportedly scheduled to release later this year. She has also signed up for a film with Vishal Bhardwaj, co-starring Irrfan Khan, which will release in October 2018. Meanwhile, Vin Diesel who was last seen in Gaurdians Of The Galaxy Vol 2 (as Baby Groot), is prepping for Anthony Russo's Avengers: Infinity War, in which he will reprise the role of Baby Groot (or the teenaged version as shown in the end credits of Gaurdians Of The Galaxy Vol 2).