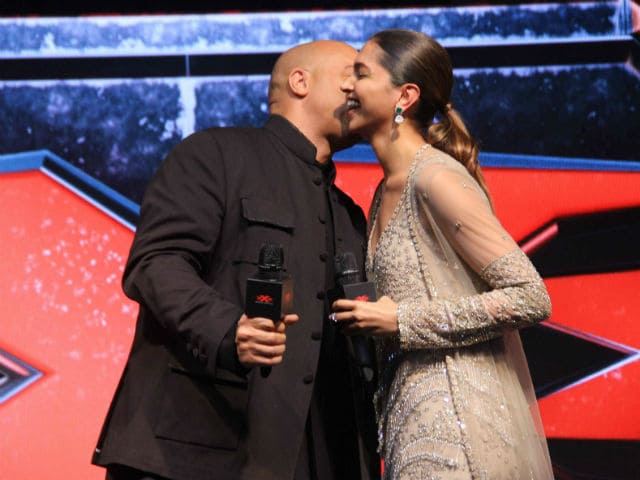 Promoted
Listen to the latest songs, only on JioSaavn.com
Deepika Padukone gained global recognition courtesy Vin Diesel's film, in which she played the role of a lethal assassin Serena Unger. At the Cannes Film Festival this year, Deepika Padukone told France 24 that Vin Diesel is adorable. "He's just the most amazing person I've ever met. He's generous and kind. All the amazing experiences I had are because of him and his faith in me for what I could do for the movie. He is a friend for life," she said.

Deepika Padukone's upcoming film is Sanjay Leela Bhansali's Padmavati co-starring Ranveer Singh and Shahid Kapoor. She's also signed up for a Vishal Bhadrdwaj-film, in which she'll play the role of Rahima Khan, wife of gangster Mehmood Kaliya. The film, which is an adaptation of S Hussain Zaidi's book Mafia Queens Of Mumbai, will be directed by Honey Trehan and also feature Irrfan Khan, Deepika's Piku co-star.