Here's Why Sara Ali Khan And Kartik Aaryan Are Trending 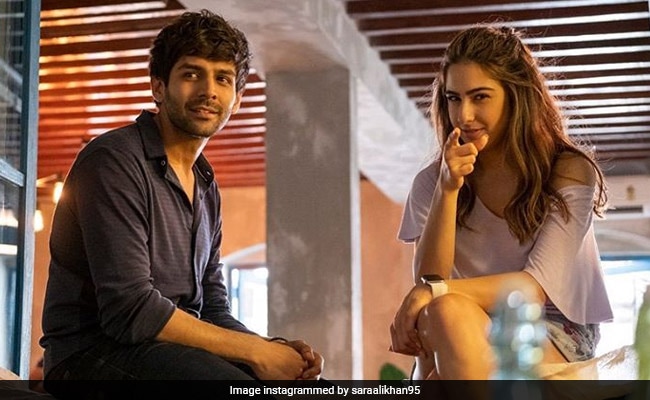 Sara Ali Khan and Kartik Aaryan found a spot on the list of trends on Tuesday after several websites - Hindustan Times and News18 among them - reported they have unfollowed each other Instagram. Sara Ali Khan and Kartik Aaryan, who co-starred in Imtiaz Ali's 2020 film Love Aaj Kal, were reportedly dating and their recent social media activity hints at a possible break-up. It was reported that Sara and Kartik started dating during the filming of Love Aaj Kal, which also featured Randeep Hooda in supporting role. They frequently shared adorable BTS pictures from the shooting, which backed the dating rumour but neither of them officially accepted nor refuted the reports.

In 2018, Sara Ali Khan and Kartik Aaryan first trended big time after the former said on celebrity talk show Koffee With Karan 6 that she "wants to date" Kartik Aaryan. She appeared on the show with her actor father Saif Ali Khan. After Sara's dating confession, Kartik Aaryan appeared on Neha Dhupia's talk show No Filter Neha where he this about Sara's confession: "I don't know what to say but I think she is really pretty... Haan, matlab coffee pina chahunga." Later that year, at the Lokmat Awards, actor Ranveer Singh (Sara's co-star of Simmba) tried playing cupid and got hold of Kartik and escorted him all the way to Sara for their first introduction.

Workwise, Sara Ali Khan's upcoming film is Coolie No 1 with Varun Dhawan while she will start filming Atrangi Re with Dhanush. Kartik Aaryan will soon begin filming Bhool Bhulayia 2.