"Best news of the day," tweeted a Henry Cavill fan 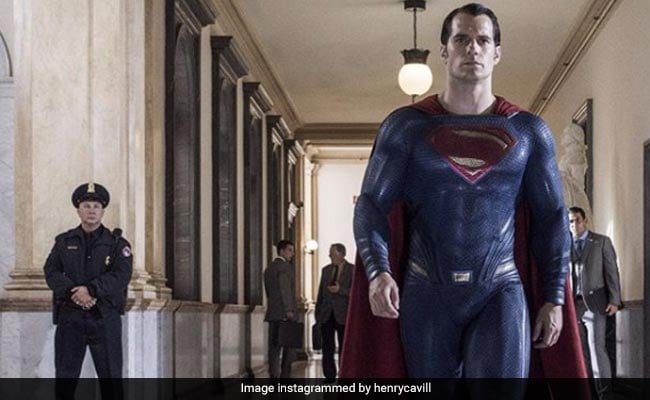 The jubilant mood of fans over the reported return of Henry Cavill as Superman is reflected on social media - on Twitter, #HenryCavill has trended all day. The British actor is reportedly in talks to return as Clark Kent in an upcoming DC Comics movie. However, Warner Bros and Henry Cavill's representatives couldn't be reached for comments on Wednesday, reported Variety. While we await the official confirmation, Twitter is busy rejoicing over the reports and can't wait to see Henry Cavill in the Superman cape once again. Henry Cavill made his first appearance as Superman in 2013's Man Of Steel. He later reprised his role in DC's Superman V Batman (2016) and Justice League (2017).

Meanwhile, here's how Twitter is celebrating. If there is meme that puts into perspective the mood of every DC fan right now, this would be it:

A DC fan's idea of justice: "If there's any justice in this world, Henry Cavill will return as Superman in the DCEU."

If there's any justice in this world, #HenryCavill will return as Superman in the DCEU... rocking a mo pic.twitter.com/pxefroO7TJ

Also, since Henry Cavill was trending, a Twitter user recalled his cookie eating moment from the Oscars. PS_ He was caught by Captain America aka Chris Evans (from the competing Marvel universe).

Since #HenryCavill is trending, never forget this iconic moment at the oscars when chris evans spotted him eating cookies. pic.twitter.com/gjuGbAv7QU

For a Twitter user, this was the "Best news of the day."

Best news of the day #Superman#HenryCavillpic.twitter.com/9PccFzPkaJ

The 37-year-old actor, in an interview with Men's Health magazine in December, revealed that he isn't done with Superman duties yet. "The cape is still in the closet. It's still mine. I'm not going to sit quietly in the dark as all the stuff is going on. I've not given up the role. There's a lot I have to give for Superman yet. A lot of storytelling to do. A lot of real, true depths to the honesty of the character I want to get into. I want to reflect the comic books. That's important to me. There's a lot of justice to be done for Superman. The status is - you'll see," said Henry Cavill.

Fans also have Henry Cavill to thank for helping get Man Of Steel director Zack Snyder to finally release the long-awaited and clamoured for Snyder Cut of the movie.

Just had a little chat with Zack Snyder after a man of steel watch party. Ladies and Gents, it finally happened. The Snyder cut will be out next year! Now, I know there have been two camps over the whole Snyder Cut thing and whether it will ever happen for a while. Just remember, we all get to have more Justice League now, it's a win win. So, be nice to each other ;). Big congratulations to you, Mr Snyder! #ReleaseTheSnyderCut #ZackSnyder #JL

Before Henry Cavill, the Superman cape has been worn by actors such as Christopher Reeve, Brandon Routh and Tom Welling.