After the trailer of Bhavesh Joshi released, Twitter thinks the desi superhero is Bollywood's version of Deadpool 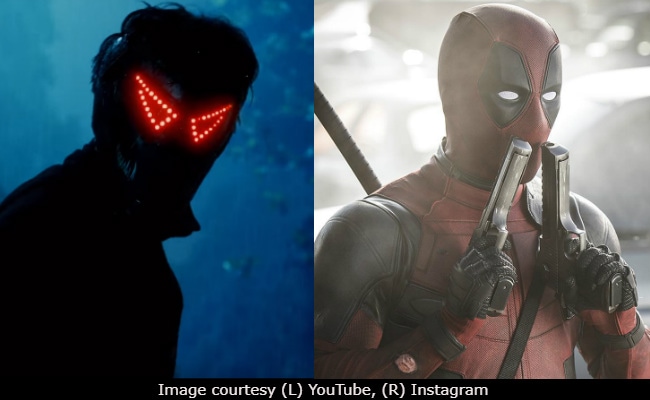 New Delhi: "Deadpool has competition!" read a tweet after the trailer of Harshvardhan Kapoor's Bhavesh Joshi was dropped Tuesday afternoon. Another user on Twitter thought that the self-made superhero that Bhavesh Joshi appears to be, is a blend of several comic superheroes - "This character looks to me the mix of Deadpool and Batman. Good trailer." We will tell you what's happening, actually. The trailer of Bhavesh Joshi shows Harshvardhan playing the role of a character, who, inspired by his friend's still-in-progress novel, started off fooling around town as the one who delivers justice or insaaf but soon, things took a messy turn and it was time for the Bhavesh Joshi to get serious.

He then worked hard to technologically update a couple of weapon-like gears and trained in what appeared to be martial arts and then emerged as the vigilante who wears a mask at all times - a mask which has red lights highlighting the eyes. Kinda like Deadpool, you know - the masked superhero with white highlights for his eyes on the mask? As an added similarity, Bhavesh Joshi too has a wicked sense of humour much like Deadpool's. Hollywood star Ryan Reynolds stars in and as Deadpool, which will have it's second film releasing later this month.

We will let Twitter do rest of the talking. Here are a mix of tweets which arrived after the trailer (arrived today) and the teaser (shared earlier this month) of Bhavesh Joshi.

"Deadpool, may is now officially the cool superhero month," read a tweet while another added: "Hollywood - Deadpool; Bollywood- Bhavesh Joshi Superhero". "It's like a combo of Kick-Ass, Daredevil and Deadpool - Bhavesh Joshi," wrote another.

This character looks to me the mix of Deadpool and Batman.
Good trailer..#BhaveshJoshiTrailerhttps://t.co/lEAnBujyWg

With bhavesh joshi and deadpool, may is now officially the cool superhero month https://t.co/4mBXDsgv7h

It's like a combo of Kick-Ass, Daredevil and Deadpool -- Bhavesh Joshi Superhero | Official Teaser | Harshvardhan Kapoor | Vikram... https://t.co/q1jufWOSWq via @YouTube

Here's the trailer of Deadpool 2 for you:

Directed by Vikramaditya Motwane, Bhavesh Joshi releases on May 25. Meanwhile, Deadpool 2 is scheduled for release on May 18.