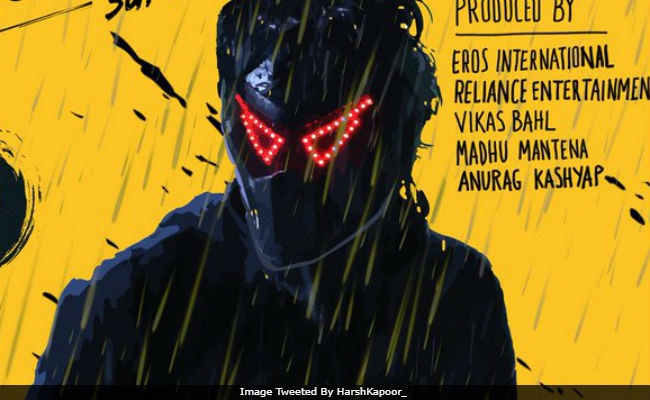 #BhaveshJoshi is 100 percent complete after 90 long days of shoot spread over the course of 2 years ... get ready for a Vigilante Action Drama #Vikrammotwane style @FuhSePhantom@anuragkashyap72 ... first look out soon soon super soon pic.twitter.com/zUAEFu9DAO

#BhaveshJoshi patchwork done .... It's been an Epic journey shooting this film with @VikramMotwane it's taken us two whole years with lots of ups and downs .. it was an ambitious idea and required a lot of sacrifice and hard work /patience ... lesser walked paths always tough

Promoted
Listen to the latest songs, only on JioSaavn.com
Harshvardhan's Mirzya failed to impress the audience at the box office. He starred opposite Saiyami Kher in the film. Mirzya was also Saiyami's debut film. "Every film has its own destiny. I feel Mirzya is a work of art. It is a beautiful film and it will find its place in course of time," he told IANS.

Meanwhile, Harshvardhan is currently busy with a biopic on Olympic gold medalist Abhinav Bindra. In the film, he co-stars with his dad Anil Kapoor. The biopic will be directed by Kannan Iyer. mid-day reported that it is being adapted from Abhinav Bindra's autobiography A Shot at History: My Obsessive Journey to Olympic Gold.