Happy Phirr Bhag Jayegi Movie Review: Jimmy Sheirgill, for once, is unable to rise above the script. Piyush hams his way through the film. 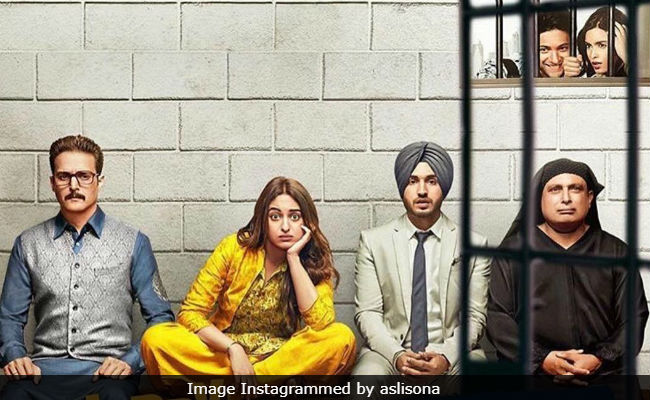 Rating: One and a half stars

This caper flick can't make do with one Happy. So it has two of them. Does that yield double the fun? No. Riding on a screenplay that yo-yos wildly between the utterly inane and the overly contrived, two's a crowd in Happy Phirr Bhag Jayegi. One Happy (Sonakshi Sinha) does all the running. The other (Diana Penty, this time in a special appearance) flits in and out of the picture in a completely random manner. The result is anything but happy.

Not that Sonakshi does not give the role her best shot. Hers is a lively star turn. It might have buoyed up the film if only it had the comic energy to go the distance. It doesn't get too far because it merely runs around in circles. Its gags are gratuitous and the one-liners too vacuous to hit home.

When the two namesakes, after much listless huffing and puffing that sees them encounter old and new friends and confront sly foes, come face to face in Shanghai, Happy No. 1 promises Happy No. 2 that their next meeting back in Amritsar would be in less confusing and more relaxed circumstances. We aren't sure we are looking forward to it. Another Phirr would be one too many.

The sluggish, singularly unfunny Happy Phirr Bhag Jayegi, a follow-up to 2016's frisky Happy Bhag Jayegi in which the eponymous runaway bride had ended up in Lahore and a right royal mess, serves up a convoluted version of Chinese 'chukkers' that does not raise as much as a few mild chuckles.

Happy Phirr Bhag Jayegi unfolds in China, where key characters from the first film are joined by an Indian embassy man from Patiala (played by Punjabi singer-actor Jassi Gill in his Bollywood debut) even as a suave non-resident Pakistani gentleman - that is what he appears to be on the face of it - causes them no end of trouble. This wolf in sheep's clothing - his name is Adnan Chow and his Urdu is to die for - is played by Denzil Smith with self-effacing detachment. His refined performance is one of the few things that works in Happy Phirr Bhag Jayegi. 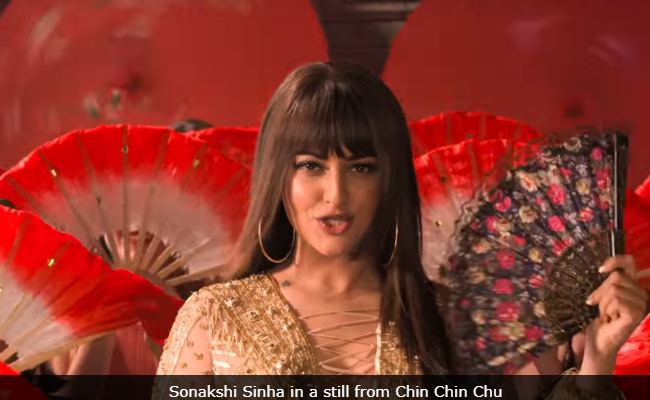 About the only time the film strikes a passably droll note is when Jimmy Sheirgill, in a meta-textual context, ticks off Jassi Gill for preening over his family name. 'You are Gill, but I am Sheirgill', the former retorts. Gentle bluster has its uses even in a film as lacklustre as this one.

Sheirgill has obvious bragging rights in this comedy written and directed by Mudassar Aziz. He has been here before, playing a small-time politician thwarted in his plans to marry the female protagonist. This time around, however, he is reduced to the status of a mere hanger-on, strutting around spouting banalities and eventually settling for a tame "yeh bhi theek hai" in most exchanges with Usman Afridi (Piyush Mishra) or Jassi Gill's character Khushwant Singh Gill, Khushi miyan to Adnan Chow. Actually, nothing is quite right here. 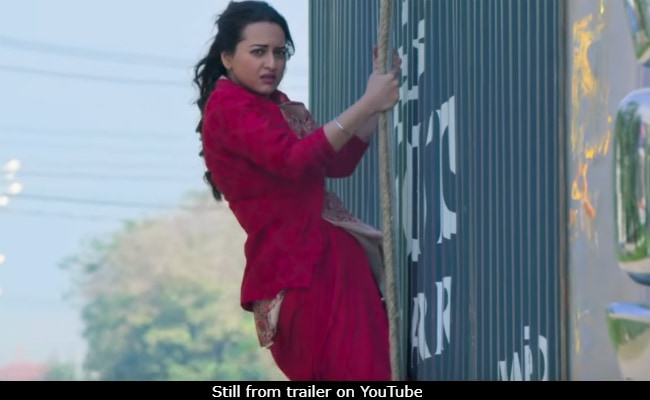 Ditto Ali Fazal, one of the more charming actors in the cast. He is summoned into the frame off and on to be by the side of the first Harpreet Kaur alias Happy while pursuing his singing ambitions. He jets into Shanghai for a proposed concert but finds himself instead on the campus of a university where the second Harpreet Kaur alias Happy is scheduled to begin a stint as a horticulture lecturer.

The new Happy - she has a preeminent position in this film - is whisked away by a Chinese gangster named Chang (Jason Tham, who makes his presence felt in an extended cameo) who mistakes her for the other Happy. Robbed of her passport, Happy No. 2 runs into Khushwant Singh Gill, who, in turn, takes her to Adnan Chow who he believes could help her find a way out of the hole.

Not to be left behind, Bagga (Sheirgill) and retired Pakistani cop Usman Afridi land in Shanghai to stir the pot further. A fretful dad (Raja Bundela) and a fugitive fiance; (Aparshakti Khurrana) are also thrown into the mix. Collectively, they unleash a great deal of commotion without setting anything meaningful into motion. 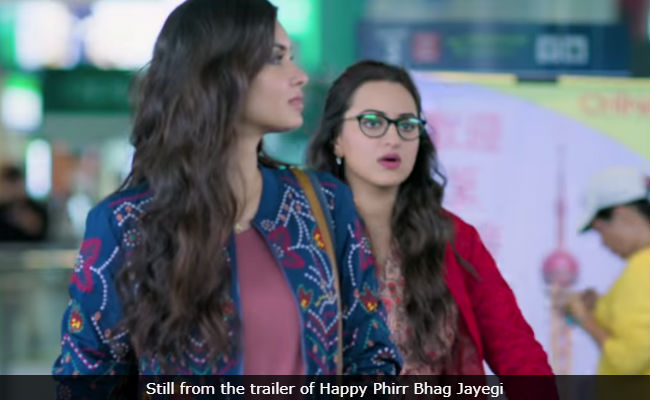 The humour in Happy Phirr Bhag Jayegi is puerile when it isn't outright racist or sexist. Besides the continuing India-Pakistan banter between Bagga and Afridi, there are the sickening lunges at the language and facial features of the Chinese. Bagga's argument is that we are Punjabis - two from Amritsar, one from Patiala and one from Lahore - and we have the inalienable right to be boisterous. Fair enough - this is typical Bollywood stereotyping of a community - but the form that their actions and words assume in this comedy are imbecile and irritating.

The film's background score inevitably blends Punjabi drum beats and rhythms with strains of Mera naam chin chin chu. Qamar Jalalabadi's lyrics and OP Nayyar's composition also get the full-on treatment with Aparshakti Khurana swaying to the song in drag in a Guangzhou prison. There is a big reveal at this point of the plot, but the twist, like everything else, falls flat.

The silliest part of the 137-minute film is its climax. Having been chased by the Shanghai baddies for all of two hours, the Indians who are themselves to blame for much of the muddle decide to leave their hosts - and the audience - in the lurch.

Sonakshi does most of the heavy lifting, but the lightness of the film undermines her efforts. The high-on-enthusiasm Jassi Gill, too, is let down by a half-baked character. Jimmy Sheirgill, for once, is unable to rise above the script. Piyush Mishra hams his way through the film. His job is to add an Urdu icing on a Punjabi cake but all he manages to do is make you want to scream, on a cue from another character in the film:"Dimaag mat chaat."

The primary problem with Happy Phirr Bhaag Jayegi isn't that it is pure drivel. That is something that could be pardoned in Bollywood laugh riot. But here, the hilarity quotient is low. The precursor had delivered on at least a part of the promise inherent in the quirky premise. This one goes through the motions without ever coming close to finding a genuine rhythm.