Through Happy Phirr Bhag Jayegi, Sonakshi Sinha wants everyone to "have a good laugh" 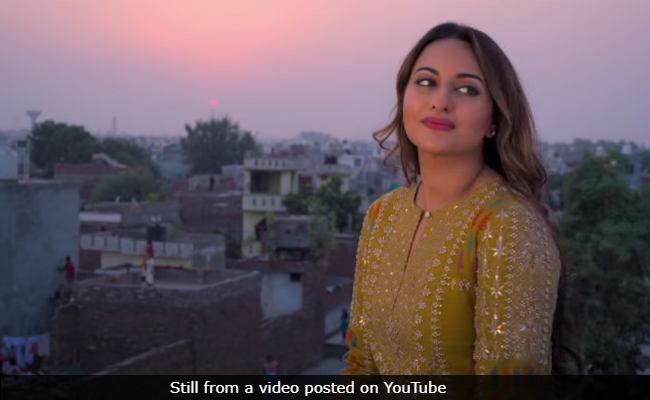 Sonakshi Sinha says her father is super-excited about the release of upcoming film Happy Phirr Bhag Jayegi, in which she plays the lead role. Sonakshi Sinha said that actor politician Shatrughan Sinha was impressed with the film's director Mudassar Aziz after watching the trailer, reports news agency IANS. "When I showed him the trailer, he loved it so much that he started asking me about the first part. He didn't know about Happy Bhag Jayegi. So he asked about the film and he was so impressed with the film that he invited director Mudassar Aziz home. He had coffee with the filmmaker and a really nice discussion. He is very happy with the trailer," IANS quoted her as saying.

Happy Phirr Bhag Jayegi is the sequel to 2016's Happy Bhag Jayegi in which Diana Penty played the titular Happy. In the new film, Sonakshi and Diana both play Happy and the confusion of two Happys forms the plot of the film.

Sonakshi Sinha said that she's not nervous about the film's outcome because of the positive response the trailer and other promotional material received. "There is no nervousness. Wherever we have gone, the vibe has been pretty positive. Media and audience response has been really good and positive. Everything about this film has been very positive... that has been instrumental in beating the nervousness. I am really excited that the film is finally releasing and everyone will have a good time and laugh," Sonakshi said.

Happy Phir Bhag Jayegi is produced by Aanand L Rai and Krishika Lulla and it also stars Jimmy Sheirgill, Ali Fazal and Jassie Gill. The film will open in theatres on August 24.