"Thank you for being my mirror, strength and inspiration," wrote Sara Ali Khan 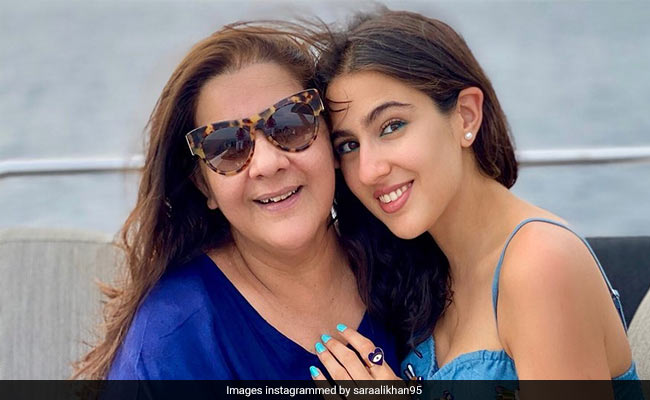 On her mother Amrita Singh's 63rd birthday, Sara Ali Khan wished her in the cutest way possible. On Tuesday, Sara posted a set of pictures from Maldives along with the birthday girl and Ibrahim Ali Khan. In the pictures, Sara and Amrita Singh can be seen twinning in blue outfits. Sara Ali Khan captioned the post: "Happy Birthday to my whole world. Thank you for being my mirror, strength and inspiration. I lo-blue the most." She accompanied the post with the hashtags #likemotherlikedaughter, #twinning, #blessed, #winning, #soulsisters, #bosslady, #beautifulmaa and #travelbuddy. Sara's Instafam filled up the comments section of her post with heart emojis.

On her Instagram stories, Sara posted a collage featuring some of her favourite memories with her mom Amrita Singh and she wrote: "Best mom ever." See the picture here: 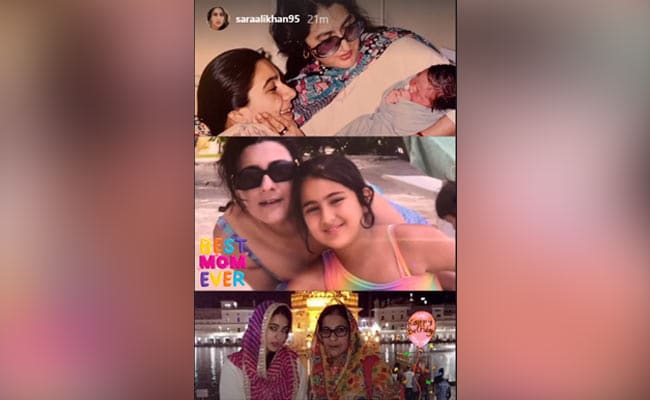 Amrita Singh might be a social media recluse but she frequently makes appearances on Sara's profile and we simply love it when that happens. Here are some of the posts:

Sara's parents Saif Ali Khan and Amrita Singh are Bollywood actors. Her father Saif Ali Khan is now married to actress Kareena Kapoor. Saif and Kareena are expecting a second child together. They are parents to Taimur (4). Sara, who made her Bollywood debut in 2018, has featured in films such as Kedarnath (her debut film), opposite late actor Sushant Singh Rajput,Simmba, co-starring Ranveer Singh and Love Aaj Kal with Kartik Aaryan. Sara's upcoming project includes Atrangi Re, co-starring Akshay Kumar and Dhanush. She was last seen in Coolie No 1 remake, co-starring Varun Dhawan.