Half Girlfriend Trailer, Starring Shraddha And Arjun Kapoor, Trolled On Twitter With 'Half' Jokes 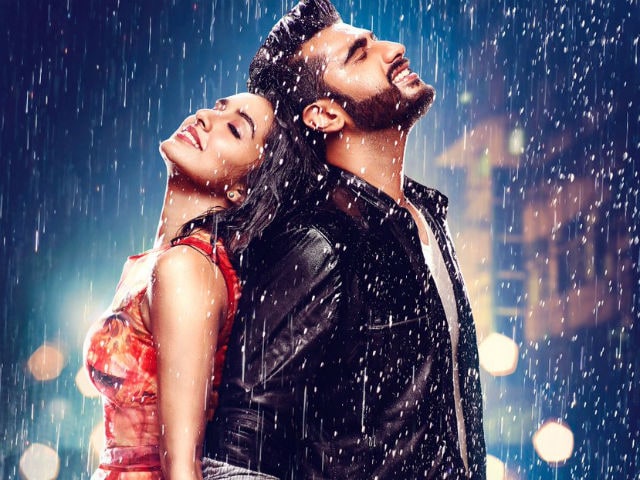 Shraddha And Arjun Kapoor in Half Girlfriend

New Delhi: The first trailer of the peculiarly named Half Girlfriend, starring actors Arjun Kapoor and Shraddha Kapoor, has been released and only 50% of Twitter has given it a seal of approval. The other half are making jokes, and there's a definite theme. Half Girlfriend is based on author Chetan Bhagat's novel of the same name and has been accused of misogynistic overtones. The trailer is unlikely to appease the book's critics. Shraddha stars as English-speaking Riya, Arjun as Bihari-speaking Madhav, they meet in New Delhi's St Stephens and become friends. But Madhav wants to Riya to be his girlfriend and blames her, even pushes her about, for not reciprocating. Madhav's sense of entitlement appears to reflect the attitudes of his college mates - in one scene, Riya is jeered at as she walks through the campus.

"Yeh half girlfriend hota kya hai?" Arjun's character asked in the teaser. Apparently, the answer is "dost se zyaada, girlfriend se kum." Also apparently, women are to be blamed if they aren't instantly 100% on board when a friend demands to be elevated to boyfriend status.

Arjun Kapoor's exaggerated Bihari accent has earned him few admirers. Shraddha Kapoor, on the other hand, fares better in Twitter's reviews of the trailer - there are several tweets praising her performance and look as the sophisticated Riya. But it's the 'half' jokes that are taking over - here are some of the most entertaining.

OMG #HalfGirlfriendTrailer really blew my mind. Said no one with even half a brain.

Half like for Sharddha and half dislike for Arjun!! #HalfGirlfriendTrailer

Sharrdha is half the size of Arjun,maybe thats why they named the movie 'Half Girlfriend'. #HalfGirlfriendTrailer

Why does Arjun Kapoor look like he's eaten the other half of his girlfriend?
#HalfGirlfriendTrailer

Luckily his friend seems to be the only one with a brain in the movie. #HalfGirlfriendTrailerpic.twitter.com/EkStN2RV5W

Half Girlfriend is the second Chetan Bhagat adaptation to star Arjun Kapoor after 2 States.

Promoted
Listen to the latest songs, only on JioSaavn.com
Shraddha Kapoor was last seen in OK Jaanu earlier this year, Arjun hasn't had a release since 2016's Ki And Ka.

The cast of Half Girlfriend includes Vikrant Massey and Seema Biswas. Mohit Suri directs and Chetan Bhagat has writing and producing credits. The film releases on May 19.