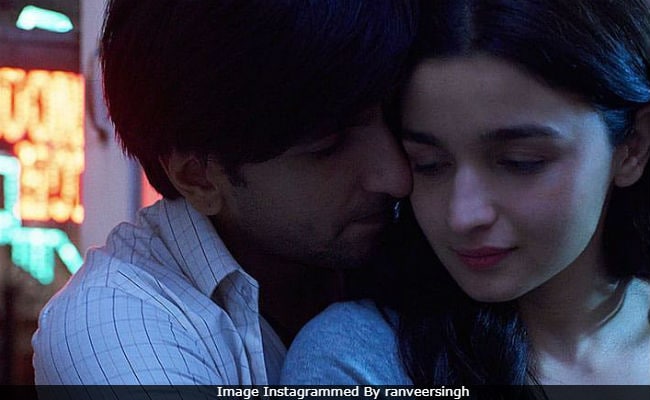 Cinemagoers might expect a few swear words in a movie about rapping but not in India, where censors have cut several profanities from a taboo-breaking blockbuster -- while also toning down a screen kiss.

India's Central Board of Film Certification (CBFC) has ordered filmmakers to remove every mention of three expletives from Gully Boy, a drama about an aspiring hip-hop star from a Mumbai slum.

The body has a long history of cutting scenes and barring movies, including those deemed too racy or may cause religious offence, with filmmakers accusing censors of intolerance.

Gully Boy stars Bollywood icons Ranveer Singh and Alia Bhatt and is about a young couple yearning to break out of their traditional Muslim families to realise their dreams.

The Zoya Akhtar-directed movie premiered to great acclaim at the Berlin film festival at the weekend and hits screens across India on Thursday.

According to a filing on its website, the CBFC granted Gully Boy a UA rating on the condition it replaced an English-language expletive and two Hindi slang terms "wherever (they) occurred".

UA stands for an unrestricted adult rating, which means parental guidance is required for children under 12 years old. Only films with that rating reach a mass audience.

The CBFC also told the filmmakers to reduce the length of a "passionate kissing scene" and replace it with a wider shot.

"We made some minor changes," Ritesh Sidhwani, the film's producer, told AFP, adding that the songs in the movie were "intact".

Ranveer Singh, 33, stars as Murad who is turning the squalor and tension of his home life into poetry until a popular local rapper convinces him to try hip-hop.

Alia Bhatt, 25, plays Safeena, who wears a traditional Muslim headscarf but resists her family's attempts to arrange her marriage and wants to become a surgeon.

The pair have loved each other since childhood but have to keep their relationship secret from their parents so they meet for illicit trysts.

The movie is inspired in part by Mumbai hip-hop stars Divine and Naezy and sees Singh doing his own rapping.

In 2015, the CBFC reduced the length of two kissing scenes in James Bond movie Spectre.

(Except for the headline, this story has not been edited by NDTV staff and is published from a syndicated feed.)
Comments
gully boygully boy censor boardranveer singh alia bhatt