Grandfather Amrish Puri's Advice Is Like 'Bible' For Vardhan

"He (Amrish Puri) said, 'Let your core be that of a theatre actor'," said Vardhan 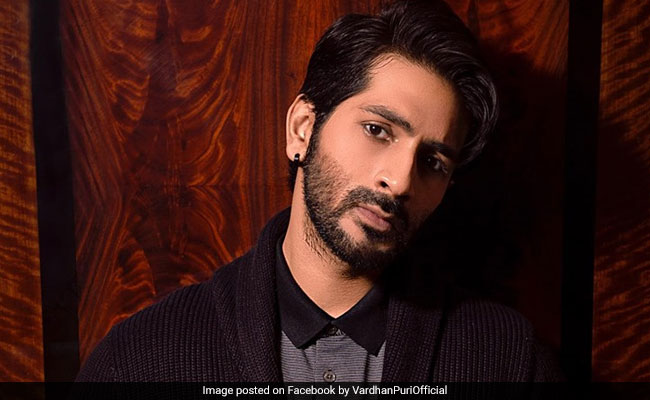 Late actor Amrish Puri's grandson Vardhan Puri, who is all set to make his Bollywood debut with Cherag Ruparel's Yeh Saali Aashiqui, said that his grandfather's advice is like a "bible for him," reported news agency IANS. Vardhan comes from a theatre background and was earlier supposed to make debut with a period drama by Jayantilal Gada but more on that later. Talking about the tips Amrish Puri gave him before he made his way to the film industry, Vardhan Puri said his grandfather told him to not get influenced by celebrities' glamorous lifestyle and stay like a "theatre actor" always as the "chances of failure are less" then.

"My grandfather gave me this tip: He said many actors, who come from a theatre background to films tend to forget the theatre preparation. They also start behaving in a starry manner, start partying and acquire attitude like they walk around with an entourage and stuff. My grandfather told me not to get into all this," Vardhan Puri was quoted as saying on the sidelines of the trailer launch of Yeh Saali Aashiqui on Tuesday.

He added: "He (Amrish Puri) said, 'Do these things only as part of the profession but do not let these things become a part of your core.' Let your core be that of a theatre actor. Always behave in the way that you are at your roots - which is a theatre actor. If you do that, the chances of failure are less. That is what my grandfather told me and that is my Bible."

When asked how hailing from a theatre background has proved to be an advantage for him, Vardhan said: "All my conversations with my grandfather, taught me just one thing - preparation is the key. As you know, theatre forms the root of my family. Essentially, we are all theatre actors and our upbringing is theatre-based. Theatre is a very fair medium. The key to becoming an actor for me has been observing my elders - Chaman Puri, Madan Puri and, of course, Amrish Puri."

Vardhan Puri started his career in the film industry as an assistant writer and director. He has previously worked with Yash Raj Films. Speaking about how working as an assistant director trained him for acting, Vardhan said: "I have been in theatre since I was five. I did plays and also studied till I was 16. After obtaining my degree, I came back to theatre. I started working with Yash Raj Films as an assistant writer and director. I never wanted to go to acting school, so I didn't. I was told that what makes an actor is 'on-field' experience. While auditioning for the film, I was told that I need to understand film acting and film acting is always learnt on the set. I did three films as an assistant director and I think that was my training."

Before Yeh Saali Aashiqui, produced by Jayantilal Gada, was announced, Vardhan Puri was supposed to make acting debut with a period drama with the same filmmaker. However, it didn't work out and Jayantilal Gada approached him for Yeh Saali Aashiqui later. Vardhan earlier told Mumbai Mirror: "I was supposed to start off with a period drama with Jayanti bhai but for some reason, that didn't work out. He approached me later for this film, which I loved and immediately gave my nod to."