Grammys 2019: Fans bemoaned the absence of a number of artists old and new on the list, which included a few quirks - including Michelle Obama. 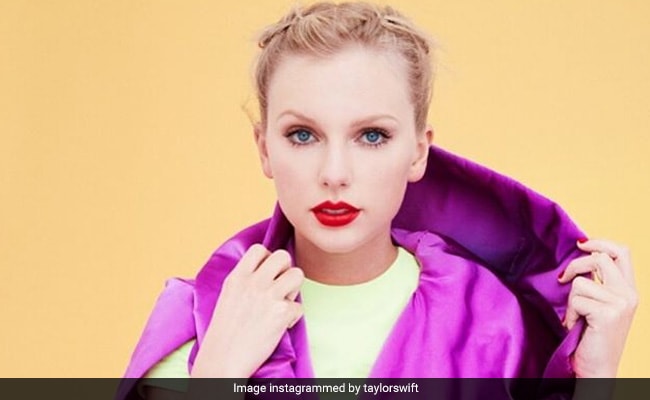 The short lists for the 62nd annual Grammy awards that celebrate the best in music feature a slate of rising talent that edged out a number of expected acts. Fans bemoaned the absence of a number of artists old and new on the list, which included a few quirks - including Michelle Obama.

Here's a look at who got left out and what raised eyebrows in this year's Grammy race:

Once a perennial favourite, Taylor Swift was nominated for just three awards, and only one in a major category, with her seventh album Lover missing out on a potential Album of the Year award.

Many fans expected the wildly popular K-pop boy band BTS to score at the 2020 gala, but they were completely ignored by Grammy voters.

Bruce Springsteen, who boasts 20 wins over his iconic career, also failed to win a nomination for his solo work Western Stars, and the Boss' critically acclaimed Springsteen On Broadway Netflix special missed out on Best Music Film.

Pop acts Ed Sheeran and The Jonas Brothers also had little to show after Wednesday's nomination announcement, getting just one nod each.

Many forecasters expected Chance the Rapper to at least get a Best Rap Album nomination, if not Album of the Year, but the artist only snagged a Best Rap Song nomination.

The Queen of Pop herself was also left out: Madonna, a seven-time Grammy winner with 28 nominations to her household name, was passed over for her 14th album Madame X.

Genre-bending rapper Lil Nas X jumped to the head of the pack this year with six nominations, as he rode the wave of his country-rap Old Town Road overnight success.

Industry watchers expected the 20-year-old sensation to earn nods for Best New Artist and Record of the Year -- but his Album of the Year win for his critically panned EP 7 was a head-scratcher.

And the relatively obscure acts of Black Pumas, a psychedelic soul duo, along with the Tank and the Bangas funk collective managed to jump into the Best New Artist ring at the expense of rap newcomers Megan Thee Stallion and DaBaby.

Two rappers who spent time in the US detention system this year are up for Best Rap Album: Meek Mill and 21 Savage both faced controversial legal battles that roused accusations that they were facing racism.

The latter was arrested in February in his hometown Atlanta by US immigration agents who said he had been living stateside illegally since overstaying a visa that expired in 2006, when he was a minor -- and to the surprise of his fans was discovered to have been born in Britain.

Mill this year ended his years-long saga that became a flashpoint in the national debate over the US criminal justice system's treatment of black people.

The vocal advocate for criminal justice reform spent years behind bars and dealt with constant parole issues before finally pleading guilty to a misdemeanour gun charge to end the case.

Michelle Obama is up for an award on music's biggest night for Best Spoken Word Album, for the audiobook of her memoir Becoming.

If the former US first lady won it would be her household's third Grammy: former president Barack Obama has already snagged two Grammys in the same category for his books.

She faces an eccentric group of rivals that include Michael Diamond and Adam Horovitz of the Beastie Boys for Beastie Boys Book and John Waters, the performer known for his transgressive cult films, for Mr. Know-It-All.