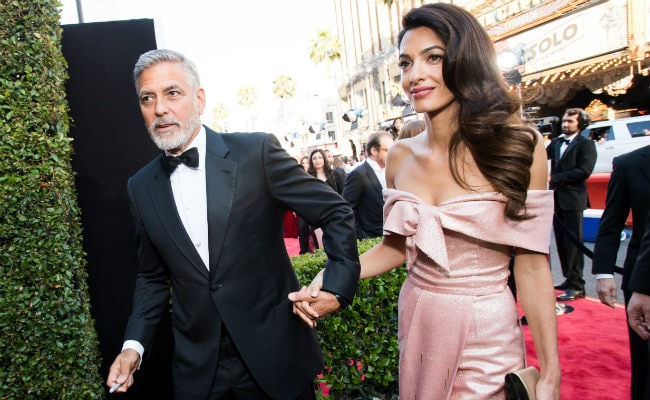 New Delhi: American Film Institute's Life Achievement Award gala turned out to be a rather emotional night for celebrity couple George and Amal Clooney. Held at the Dolby Theatre in Hollywood, AFI honoured George Clooney with the Lifetime Achievement Award for his contribution to films and also witnessed Mrs Clooney publicly talk about and address her husband for the first time. Amal Clooney began her address by listing down a few things that not many know about the 57-year-old actor, mentioning how George Clooney "picks good fights", "is incredibly generous with his time," and is "a gentleman in every sense of the word." Amal also touched upon how "amazing" George Clooney is as a father and a husband. 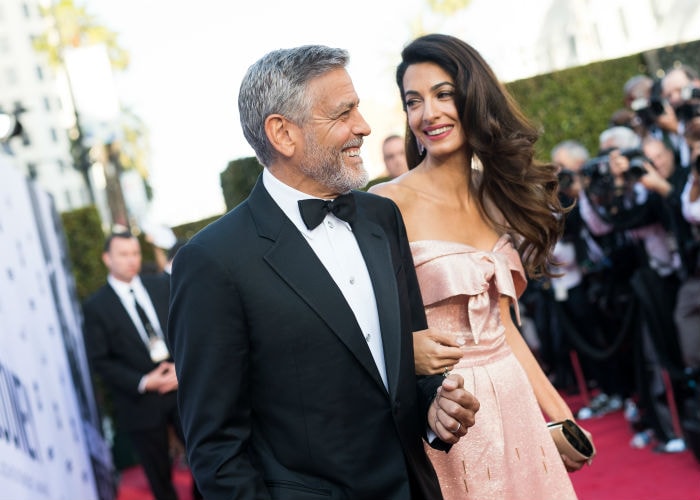 Mid-way through the speech, the cameras pan to focus on George Clooney, who is visibly teary-eyed and fights tears as he smiles at his wife. Amal's speech is rounded off with a standing ovation from the audience, including Mr Clooney himself. Here's a portion of Amal Clooney's speech from the night that gone viral on the Internet.

"Although George's modestly is to leave much of the success we are celebrating here tonight to luck, I think it's incredible talent and character that got him here. And these attributes also make him an amazing husband and father. I met George when I was 35 and starting to become quite resigned to the idea that I was going to be a spinster. Then we met, started hiding out in my London flat and very soon it felt like no matter what happened I would never want to be with anyone else. I couldn't sleep when we were apart and I'm told that I would display a particular grin and head-tilt when reading his text messages or the letters he would hide in my bag," said Amal.

This is how she continued: "Five years later, none of that has changed. He is the person who has my complete admiration and also the person whose smile makes me melt every time. My love, what I have found with you is the great love I always hoped existed. And seeing you with our children - Ella and Alexander - is the greatest joy in my life. You fill our home with laughter and happiness and that's even before the children have worked out that 'Da-da' is actually Batman, a talking fox, and friends with Mary Poppins. I'm so proud of you, my love."

"Congratulations on this great honour that you're receiving tonight. I'm proud of you, but I also know that when our children find out not only what you have done, but who you are, they will be so proud of you too," said Amal as she signed off from stage.

Here is a portion of Amal Clooney's AFI speech to George (the teary part) #AFILifepic.twitter.com/FHjn4PgXjg

Meanwhile, it's not just George Clooney who got all emo hearing Amal Clooney's speech, it's also Twitter and us. We're not crying, you are crying.

I am not crying.... you are.....
Beautiful #AFILife#AmalClooney#GeorgeClooneyhttps://t.co/PT0aDDXcfy

We currently have @CiaraMFarmer in actual floods of tears at her desk after reading Amal Clooney's beautiful speech about George last night pic.twitter.com/WnB8A2r6gd

George and Amal made an entry to the gala hand-in-hand - he suited up and she in a powder pink Prada gown paired with a Jimmy Choo clutch with shoes from the shelves of Aquazzura. 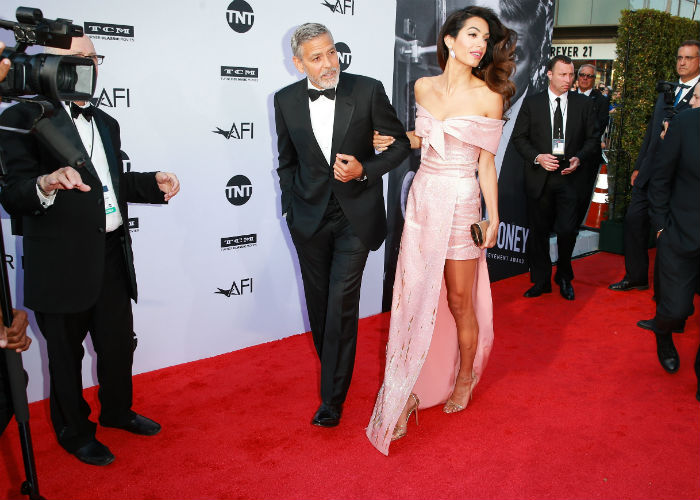 #GeorgeClooneyAFI just arrived! Everyone was going crazy! A very talented actor and very grateful to his fans. Interesting to watch live. #LifetimeAchievementAward#AFIpic.twitter.com/gRGO7JHDWD

George Clooney and Amal married on September 27, 2014 in Italy. Their wedding was a close-knit yet star-studded event, held in a luxury Italian resort. They welcomed the twins in June last year.