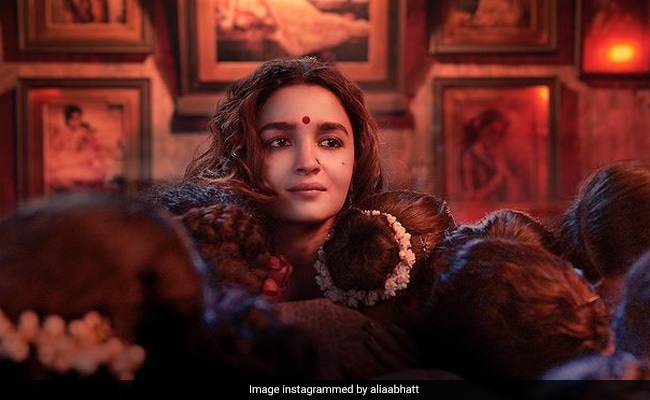 Filmmaker Sanjay Leela Bhansali's new film Gangubai Kathiawadi will release as scheduled tomorrow, the Supreme Court has decided. The court has dismissed a plea by Babu Ravji Shah, who claims to be the adopted son of the real Gangubai, claiming that the film is defamatory; the Supreme Court upheld the Bombay High Court's ruling that Mr Shah could not prove he was really the late Gangubai's adopted son. Mr Bhansali's lawyers also told the Supreme Court that a name change, as suggested by the court yesterday, was not possible.

On Wednesday, the Supreme Court suggested a title change in light of the several cases pending before courts seeking to halt its release. The lawyer for Bhansali Productions, Siddhartha Dave, had told the court that he would seek instructions from his client about the suggestion. Today, senior advocate C Aryama Sundaram appeared for Bhansali Productions and argued that the name change was impractical given that the film releases tomorrow and has been publicized with its current title.

Several cases have been filed against the movie seeking to halt its release - Gangubai Kathaiwadi is based on the real-life sex worker who rose to political prominence in the neighbourhood of Kamathipura in Mumbai. Apart from the case filed by Babu Ravji Shah, there is one by Maharashtra MLA Amin Patel and Kamathipura resident Shraddha Surve, reported news agency ANI.

Gangubai Kathiawadi is adapted from Hussain Zaidi's book Mafia Queens of Mumbai and stars Alia Bhatt in the title role. The Supreme Court was told today that Gangubai is not referred to as "mafia queen" in the film.

Alia Bhatt, whose performance as Gangubai Kathiawadi in the film's trailer has been widely acclaimed, told news agency ANI that the controversy about the film doesn't faze her. "Neither any controversy nor any comment bothers me. I don't think anything bothers me beyond a point. Of course, I feel like there's a certain novelty that just a part of a film holds...whether the film is a good film or a bad film ..that doesn't matter. The audience makes their final decision only after watching the film.. nothing that happens before or after can really change the fate," she said.