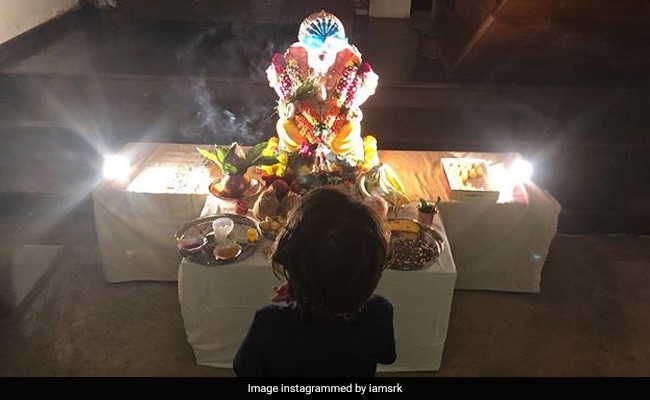 Shah Rukh Khan and his family celebrated Ganesh Chaturthi at his Mumbai home on Sunday and the actor shared a photo featuring AbRam on Instagram. The 52-year-old actor captioned the photo: "Our Ganpati 'Pappa' is home, as the little one calls him." The little munchkin can be seen standing next to the altar where the idol of Lord Ganesha has been placed. But much to the fans' dismay, AbRam has his back to the camera. The photo appears to have been clicked by none other than Shah Rukh himself. The photo shared by the 52-year-old superstar has close 10 lakh likes. Shah Rukh Khan and Gauri Khan married in 1991. The couple are parents to 5-year-old AbRam, Aryan, 20, and daughter Suhana, 18.

Our Ganpati 'Pappa' is home, as the lil one calls him.

Earlier, both Shah Rukh and AbRam participated in the traditional Dahi Handi ritual on Janmashtami. The duo were photographed breaking Dahi Handi in the garden area of Mannat. After the celebration was over, Shah Rukh, Gauri and AbRam waved to the fans, who had gathered outside his residence. 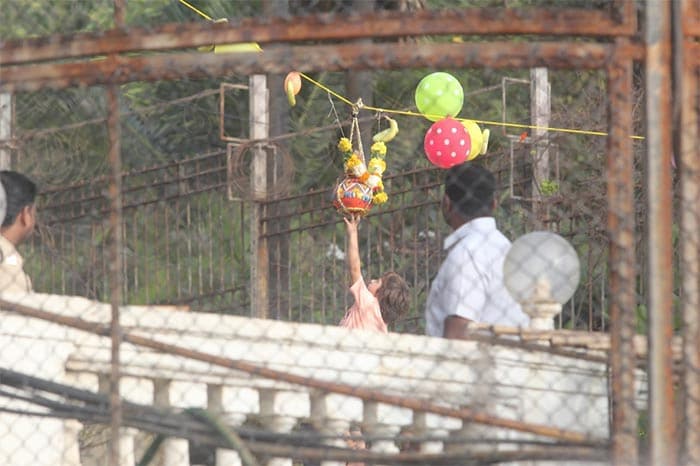 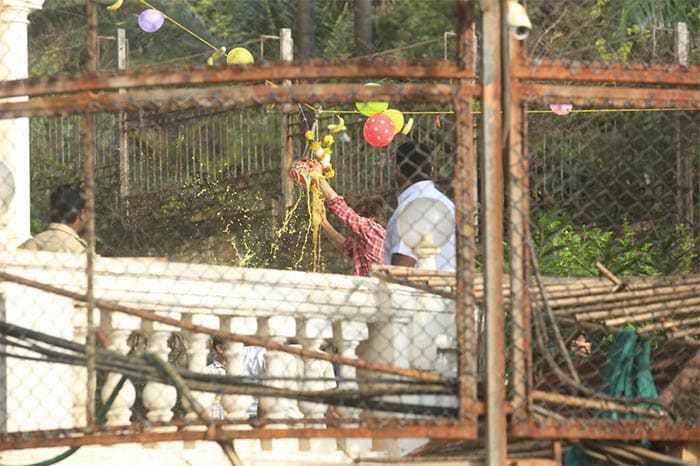 On the work front, Shah Rukh Khan is looking forward to the release of Anand L Rai's Zero, in which he plays the role of a dwarf and co-stars with Katrina Kaif and Anushka Sharma. Zero has booked December 21 as the release date.