Bollywood at Ganesh Chaturthi: Sanjay Dutt, who will be making a comeback to the big screen with Omung Kumar's Bhoomi after a gap of three years, invited the entire cast of the film on Saturday to celebrate the Ganesh utsav 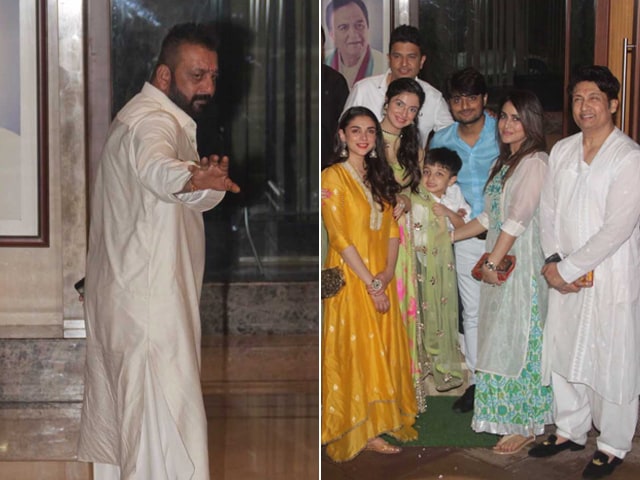 New Delhi: Sanjay Dutt and his wife Maanyata hosted a party on Saturday night at their Mumbai residence to celebrate the ten-day long Ganesh utsav. The 58-year-old actor, who will be making a comeback to the big screen with Omung Kumar's Bhoomi after a gap of three years, invited the entire cast of the film including Aditi Rao Hydari, Sharad Kelkar along with his wife Keerti Gaekwad, Sidhant Gupta Bhushan Kumar and Divya Khosla Kumar. Filmmaker David Dhawan, Vidhu Vinod Chopra and his wife, film critic Anupama Chopra, Sophie Choudry, Zarine Khan, Shekhar Suman and chairman of Indian Premier League Rajeev Shukla were also part of the festivities. Post the celebrations, the Saajan actor was spotted seeing off the guests. 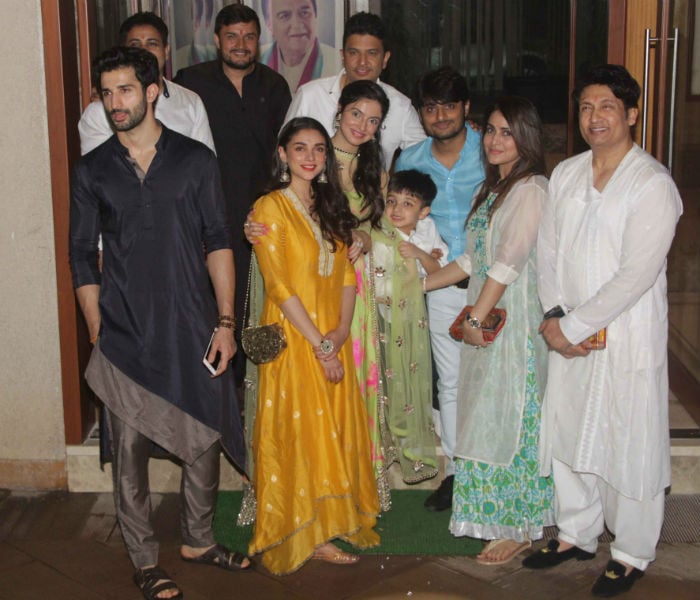 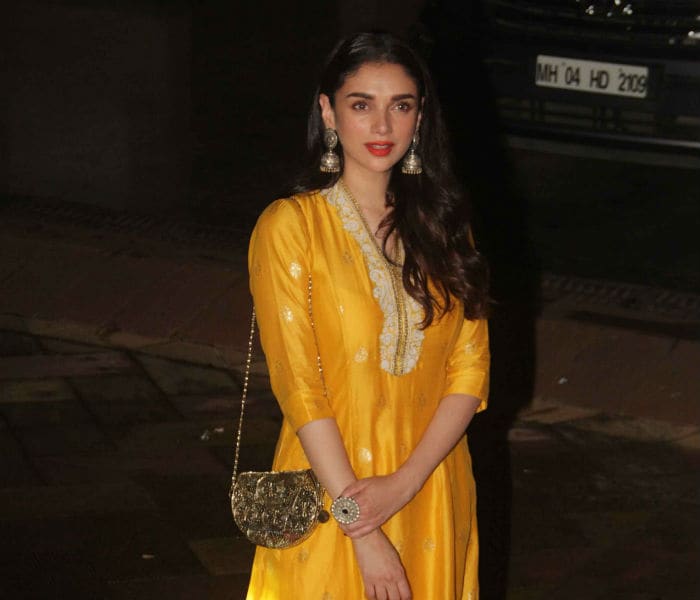 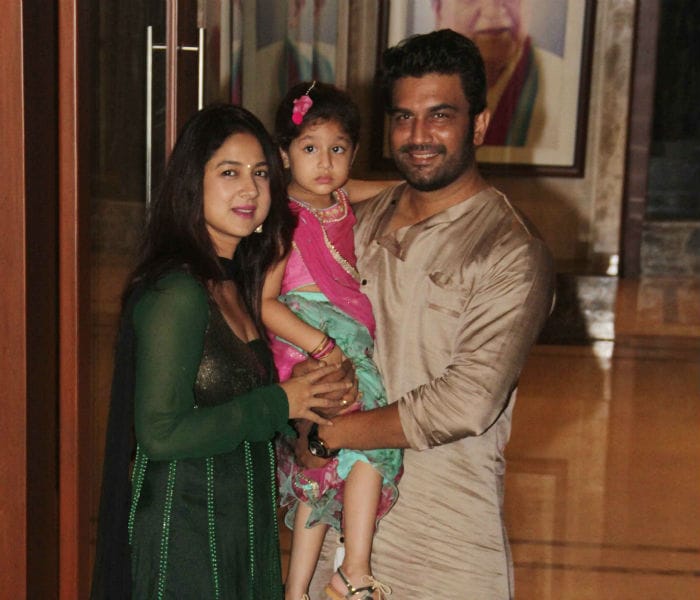 Sharad Kelkar posed with his wife Keerti and daughter

Sanjay Dutt and his wife Maanyata attended a Ganpati puja at T-Series office on the first day of Ganesh Chaturthi in Mumbai on Friday. The couple were seen performing the aarti together. The entire Bhoomi team was part of the puja. See pics here: 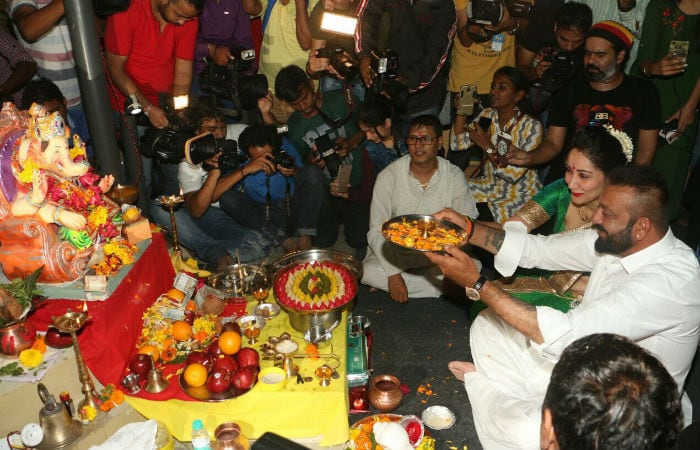 Sanjay Dutt will be singing Ganesh aarti in his forthcoming film Bhoomi. Last week, he recorded his first Ganesh aarti. Speaking to news agency IANS, Sanjay Dutt said that he felt 'lucky' to have got the chance to sing for Bappa.

"I am happy to sing a great song for Bappa. We celebrate Ganesh Chaturthi at my house. We worship him a lot, so I feel lucky that I have the chance to sing this song for him," IANS quoted Mr Dutt as saying.

Bhoomi is Sanjay Dutt's first film after his five-year imprisonment.

The film, which is a revenge drama, will explore the relationship between a father and a daughter. Aditi Rao Hydari will be playing the role of Sanjay Dutt's daughter in Bhoomi.

Promoted
Listen to the latest songs, only on JioSaavn.com
Bhoomi will release on September 22.