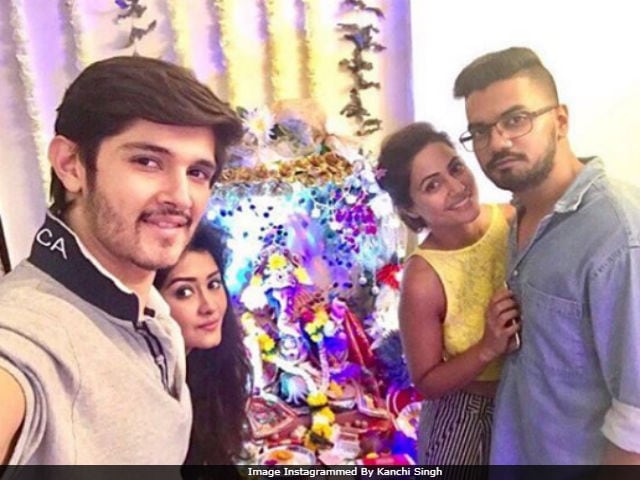 Here are some pictures from Hina, Rohan and Kanchi's Ganpati celebrations.

All the three actors are no longer a part of Yeh Rishta Kya Kehlata Hai. Hina quit her debut show in November last year while Rohan Mehra left Yeh Rishta Kya Kehlata Hai to participate in Bigg Boss 10, hosted by Salman Khan. Rohan featured as Naksh in the show, Akshara's (Hina) on screen son. Kanchi Singh quit the show last month as she was reportedly 'not happy with her character getting side-lined.'