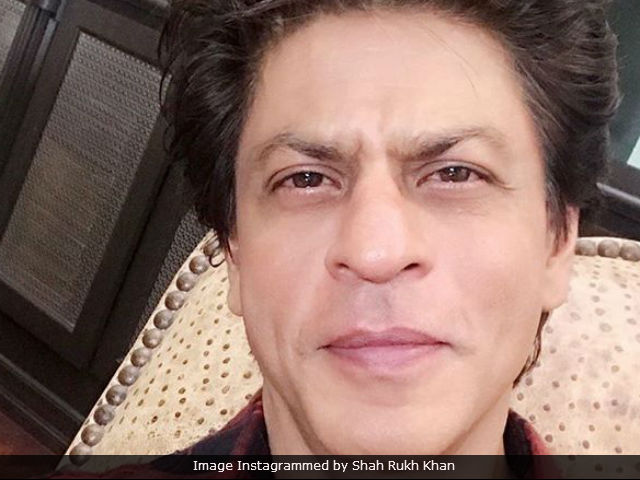 "Where there is love, there is life," wrote SRK. (Image courtesy:Shah Rukh khan)

New Delhi: It's Gandhi Jayanti and stars from film industry remembered the Father of the Nation Mahatma Gandhi on his 148th birth anniversary. Celebrities have used words like 'non-violent,' 'great,' and 'simple' to define Mahatma Gandhi, who was fondly called Bapu. Actors like Shah Rukh Khan, Anil Kapoor, Anushka Sharma, Kajol and Ajay Devgn paid homage to Mahatma Mohandas Karamchand Gandhi, on October 2, which is also known as Gandhi Jayanti. "Where there is love, there is life. Let's spread love and warmth the way Bapu would've liked us to," read Shah Rukh's tweet while Anushka Sharma wrote: "His greatness was and is about understanding this and speaking it out to millions. May you all find that greatness in you."

'Where there is love, there is life.' Let's spread love & warmth the way Bapu would've liked us to... #GandhiJayantipic.twitter.com/7gk9GxHcTm

His greatness was & is about understanding this & speaking it out to millions. May you all find that greatness in you. Happy #GandhiJayantipic.twitter.com/mwmeRYcLEX

Remembering the personal sacrifices & the national legacy of the man who laid down his life for our country...#GandhiJayanti#GandhiMyFatherpic.twitter.com/eyYUKnn1jS

Anil Kapoor's daughter Sonam Kapoor, who is prepping for her upcoming film Veere Di Wedding, says, she's 'proud to be an Indian.'

Happy #GandhiJayanti to everyone. A day that makes me proud to be Indian! pic.twitter.com/a87mkd8omf

It's a good day for peace . Happy Gandhi Jayanti !

Ajay Devgn, who is all set for his upcoming Golmaal Again, also tweeted and felt elated about Prime Minister's speech on Swachhata, which he gave on the occasion of Gandhi Jayanti today at Rajghat.

There couldn't be a more apt way to celebrate #GandhiJayanti than to mark it as Rashtriya Swachhta Divas.

October 2 is also the birth anniversary of Lal Bahadur Shastri, the second prime minister of India. He had given the famous slogan Jai Jawan Jai Kisan.

Here are some other celebrities who tweeted about Gandhi Jayanti and remembered Bapu on his birth anniversary.

When you make the change, the world around you automatically starts changing!. pic.twitter.com/hdGnMAdddc

"I object to violence because when it appears to do good, the good is only temporary; the evil it does is permanent." #GandhiForever

The father of our nation propagated Truth & Non Violence. It would bring real Acche Din if we all followed his philosophy. #GandhiJayanti

Humble tribute to the father of our nation. His core values are as relevant today as they were during our freedom struggle. #GandhiJayantipic.twitter.com/yCEWvkG4Ou

Born in 1869 in Gujarat's Porbandar, Mahatma Gandhi had his early political training in South Africa. His birthday is also observed as the International Day of Non-Violence. Mahatma Gandhi was assassinated in1948 by Nathuram Godse. Gandhi Ji is admired across the world for his nonviolent philosophy.

Promoted
Listen to the latest songs, only on JioSaavn.com
Prime Minister Narendra Modi, who addressed the nation at Rajghat today on Swachhata, also tweeted:

! I bow to beloved Bapu on Gandhi Jayanti. His noble ideals motivate millions across the world. pic.twitter.com/NFUHMLVCxo

We too wish everyone a Happy Gandhi Jayanti!