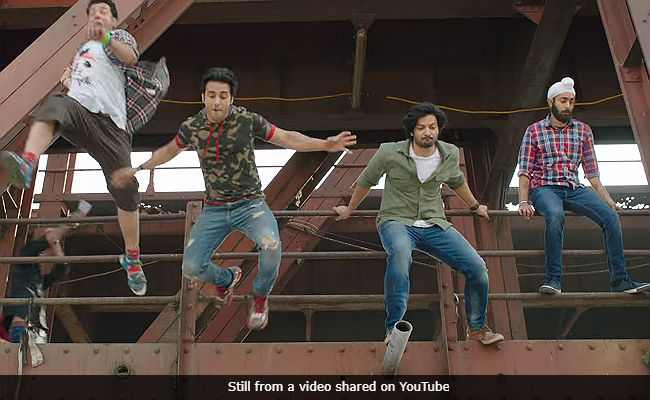 New Delhi: Fukrey Returns might as well be called "Chronicles of Fukreys: The Tiger, Bholi Punjaban And The Vision." The trailer of the second Fukrey film released on Monday and the film seems as promising as the first one. We meet Hunny (Pulkit Samrat), Choocha (Varun Sharma), Zafar (Ali Zafar), Lali (Manjot Singh) and Bholi Punjaban (Richa Chadha) after four years and nothing in their lives seem to have changed. Bholi Punjaban is out for revenge while the aforementioned quartet is still as Fukrey as before. Unlike last time, where Hunny predicted Choocha's dreams to form a lottery number, this time the Fukreys have upped their game and out for a treasure hunt, courtesy Choocha's "Deja Choo" (NOT Deja vu).

We'll let the Fukrey boys explain all of this in this trailer of Fukrey Returns:

Earlier, Richa Chadha told news agency IANS that the "story and the creativity" of Fukrey 2 is completely different from the first film but the "essence of her character" (Bholi Punjaban) has not been changed. "Fukrey 2 is a very good film and my instinct says it will be better than the first instalment. Fukrey was a surprise for the audience as we all were newcomers that time. Nobody expected that the film would do such good business," she said.

Promoted
Listen to the latest songs, only on JioSaavn.com
Fukrey Returns is directed by Mrighdeep Singh Lamba and produced by Farhan Akhtar and Ritesh Sidhwani through Excel Entertainment. The film also stars Priya Anand, Vishakha Singh and Pankaj Tripathi. Fukrey Returns will release on December 15.