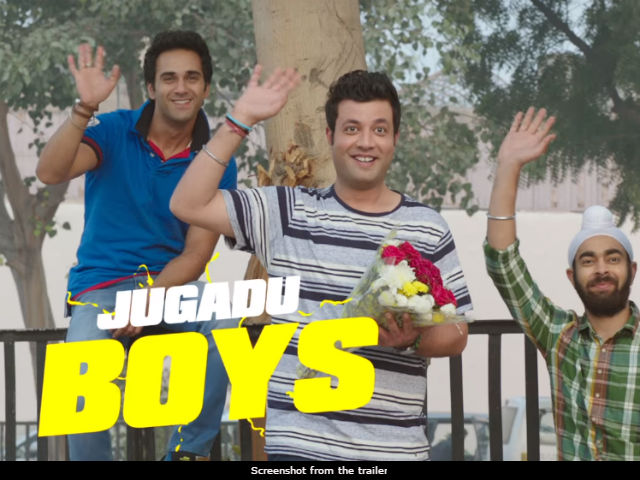 New Delhi: Oh. My. God. The jugadu boys are here with Fukrey Returns and it's so good to see them again. The sequel to Fukrey arrives four years after the first part, starring Pulkit Samrat, Ali Fazal, Manjot Singh, Varun Sharma, Pankaj Tripathi and Richa Chadha in key roles. It's a return of the original cast along with actresses Priyanka Anand and Vishakha in the sequel. Choocha (Varun Sharma) is still confidently making (wrong) predictions, Zafar (Ali Fazal) has reunited with his long-desired love, Lali (Manjot Singh) is still as critical and sceptical about things as he was before and Hunny (Pulkit Samrat) is scheming times two. Remember Richa Chadha as the deadly Bholi Panjaban? Well she's back and back with a deadly bang. Watch out, boys.

However, the teaser is proof that the fukras have not lost their unbeatable trait of getting drawn towards anything that spells trouble. "Time for some Jugaad! 4 years after we're finally back !! Teaser dekho duniya ke fukro," tweeted Pulkit while sharing the teaser while Varun wrote: "Deja chu ka matlab jaante ho? Koi nahi, main batata hoon #FukreyReturnsTeaser mein!" Farhan Akhar, who co-produces the film with Ritesh Sidhwani as part of Excel Entertainments, tweeted: "No matter what, the Fukras always find their way into trouble. See for yourself."

Promoted
Listen to the latest songs, only on JioSaavn.com
On Tuesday, Fukrey Returns featured on Twitter's top trends after the first posters were unveiled one by one. "The Fukras are going headless. Dekho, the many moods of the Fukras," is how Farhan introduced the renewed Fukras.

Directed by Mrigdeep Singh Lamba, Fukrey is scheduled to arrive in theatres on December 8 this year.