Fukrey Returns Song Peh Gaya Khalara: The Gang's Not Missing Bholi Punjaban But We Are 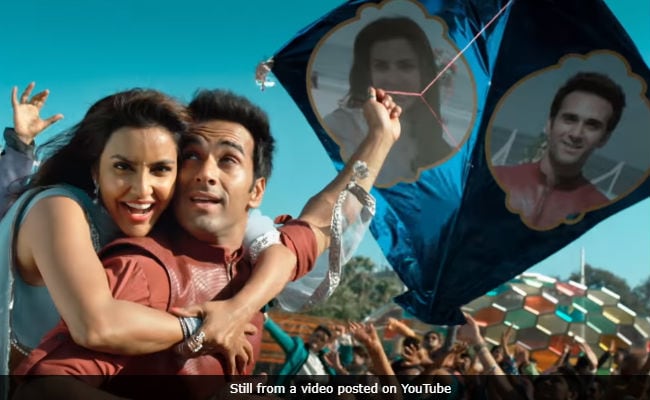 New Delhi: Fukrey Returns song Peh Gaya Khalara arrived at the right time if you think there's a dearth of Bollywood shaadi songs. Peh Gaya Khalara is a composed by Jasleen Royal (Nachdene Saare and Din Shagna Da). The song is peppy and can easily fit into your Sangeet songs list like in the film. The entire Fukrey gang (minus Bholi Punjaban) are dancing and having fun at Zafar's (played by Ali Fazal) wedding. It seems the Fukreys are yet to meet Bholi Punjaban, who seeks revenge (we know from the trailer). Till we meet Bholi Punjaban again, take a look at Peh Gaya Khalara.

Earlier this month, the makers of Fukrey Returns released the film's trailer, which promised a film as delightful as its predecessor. Watch the trailer here:

Also, Peh Gaya Khalara is the second song released by the makers - the first was the Mehbooba, a reprised version of Mohammed Rafi's O Meri Mehbooba.


Promoted
Listen to the latest songs, only on JioSaavn.com
Fukrey Returns is a sequel to 2013 sleeper hit Fukrey. Most of the film's cast - Pulkit Samrat, Varun Sharma, Ali Fazal, Manjot Singh and Richa Chadha - are reprising their roles. Fukrey ended with Bholi Punjaban's arrest and now after three years after she completes her jail term, Bholi Punjaban vows to make Hunny, Choocha, Zafar and Lali's life hell. Hunny and Choocha have also upped their game with a treasure hunt.

Will Bholi Punjaban succeed or will the Fukreys get better of her again? The answer will be out on the big screen on December 8.