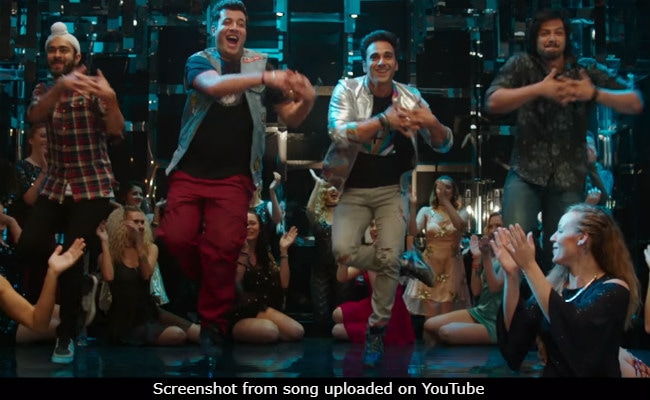 New Delhi: Mehbooba arrives two days after the trailer of Fukrey Returns was unveiled. Mehbooba is actually the first song from Fukrey Returns to be released and is a reprised version of Mohammed Rafi's O Meri Mehbooba. The original song featured Dharmendra and Zeenat Aman in the 1977 movie Dharam Veer. The new one has its own set of lyrics and is interspersed with the opening lines from O Meri Mehbooba in Mohammed Rafi's voice. Sung by Neha Kakkar and Yasser Desai, Mehbooba also has rap bits by Raftaar. With lyrics by Kumaar, the song has been composed by Prem and Hardeep.

While the song may seem rather flat and just like any other poor attempt at a redux, the addition of dhol and Punjabi beats towards the end really pep it up. So good to see the fukrey boys - Pulkit Samrat, Ali Fazal, Manjot Singh and Varun Sharma - setting the dance floor on fire.

Fukrey Returns arrives four years after the first part, which also starred Pankaj Tripathi and Richa Chadha in key roles. While the original cast retains, actresses Priyanka Anand and Vishakha also the sequel. And most deadly of all returns is that of Richa Chadha, who played the deadly Bholi Panjaban. The fukrey boys - Zafar (Ali Zafar), Hunny (Pulkit Samrat), Choocha (Varun Sharma) and Lali (Manjot Singh) are advised to watch out.

Directed by Mrigdeep Singh Lamba, Fukrey Returns is scheduled to arrive in theatres on December 8 this year.