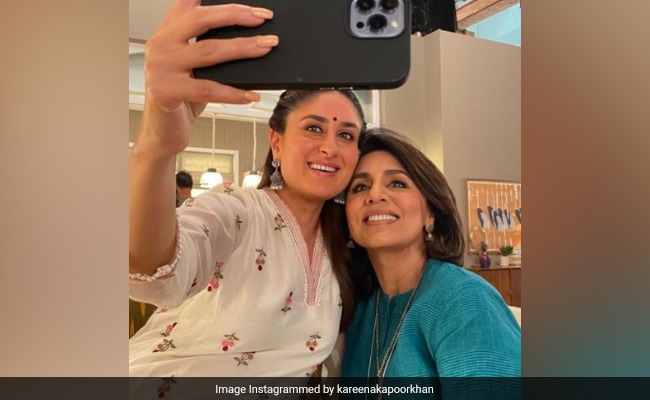 Kareena Kapoor and her aunt Neetu Kapoor, who often share pictures from their fam-jam, recently united for a shoot, pictures from which they shared on their respective Instagram profiles on Monday. Kareena posted a picture-perfect selfie with her aunt and she wrote: "When you shoot with family." Sharing another selfie from their work diaries, Kareena wrote: "This shot is more important the asli shot," adding a heart emoji and a few LOL emojis. Kareena signed off by sharing a picture of her and Neetu Kapoor digging into a meal, along with make-up artist Mickey Contractor. She captioned it: "And then of course the food." Neetu Kapoor, re-posting Kareena's Instagram stories, wrote: "Love her." 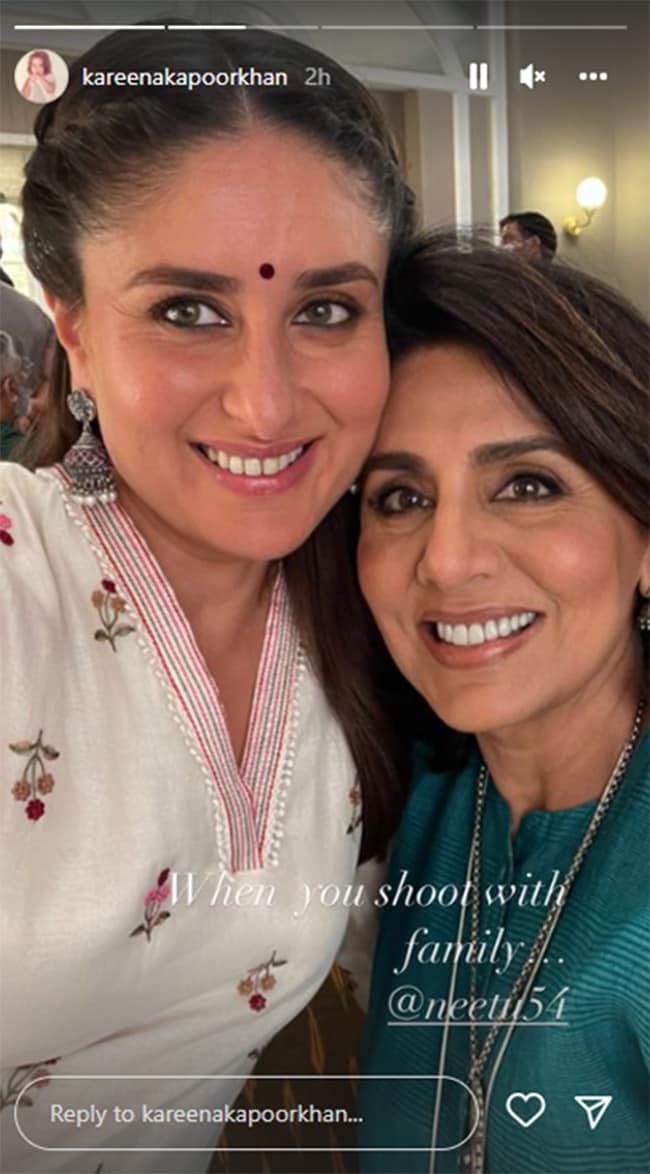 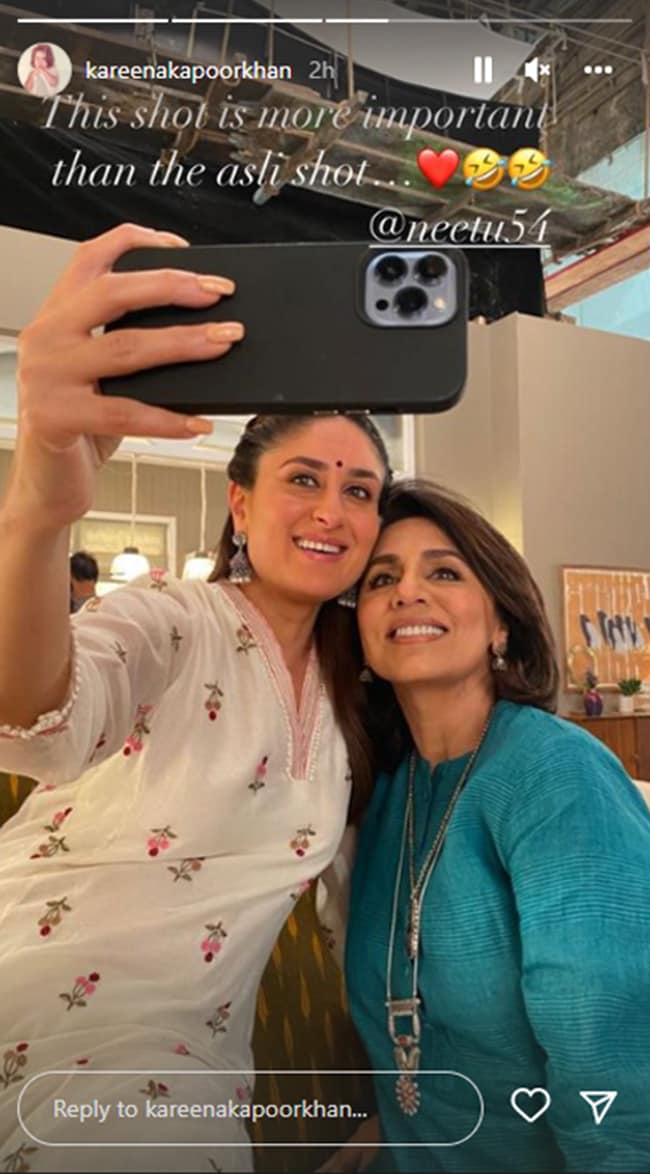 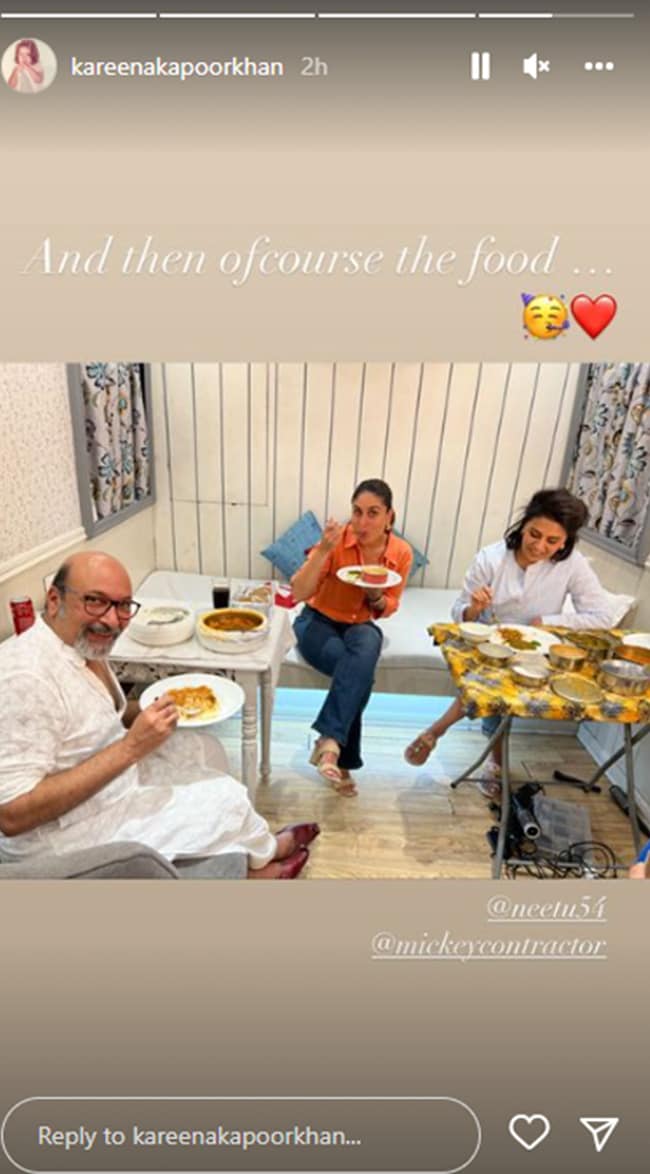 On the work front, Kareena Kapoor was last seen in Aamir Khan's Laal Singh Chaddha, which released last month. She will next be seen in The Devotion of Suspect X, co-starring Vijay Varma and Jaideep Ahlawat. The actress has also signed a project with Rhea Kapoor. Kareena Kapoor will also maker her debut as a film producer soon.

In terms of work, Neetu Kapoor will co-star in an untitled project with Sunny Kaushal and Shraddha Srinath. The untitled film will be directed by Milind Dhaimade. Neetu Kapoor announced her association with the project earlier this month. She was last seen in the hit JuggJug Jeeyo, co-starring Anil Kapoor, Kiara Advani and Varun Dhawan.