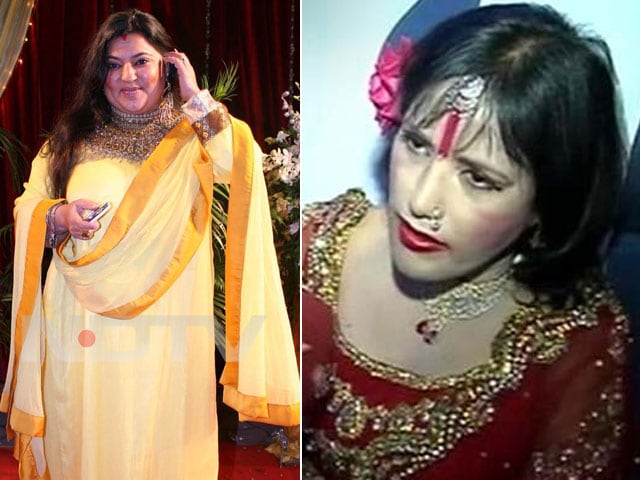 Mumbai: The dust refuses to settle around controversial godwoman Radhe Maa with Bigg Boss alumnus Dolly Bindra now writing to the Mumbai Police Commissioner complaining that she is receiving threat calls. The 45-year-old actress alleges that Radhe Maa and her associates are a threat to her family.

Two days ago, Dolly Bindra tweeted saying she was no longer a devotee of the self-styled godwoman:

Radhe Maa, real name Sukhvinder Kaur and believed to be about 50-years-old, is currently the focal point of a storm of controversy. First, a picture of her in a red mini-dress went viral. She is usually seen in red bridal finery, a trident in her hand.

A 32-year-old woman has alleged that her husband and his family harassed her for dowry on the orders of Radhe Maa. She is also accused of driving a family of seven in Gujarat to suicide after failing to keep her promises to improve their lot.

Her critics include filmstar Rishi Kapoor who compared Radhe Maa to composer Bappi Lahiri, known for his garish outfits, in a tweet:

Make up,lipstick,eye shadow,jewellery et al. for discourses? Is that my friend Bappi Lahiri without his glasses? pic.twitter.com/jSaa8GML9F

Radhe Maa's application for anticipatory bail has been rejected by a Mumbai court.