For Sonchiriya, Bhumi Pednekar Isolated Herself For 30 Days To 'Learn About Her Character'

Bhumi Pednekar said: "Every character requires a different approach and for Sonchiriya, I required isolation" 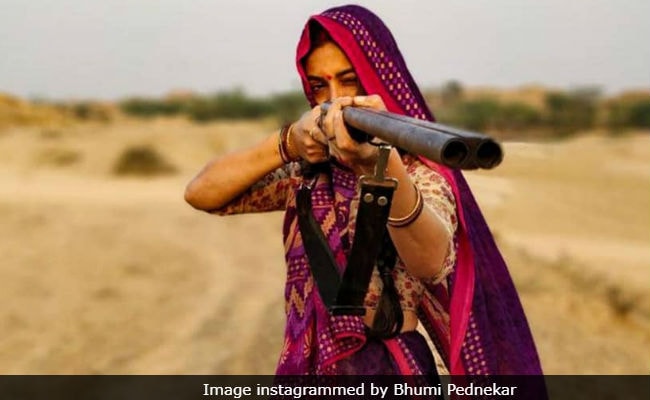 For her role in dacoit drama Sonchiriya, actress Bhumi Pednekar says she isolated herself from everyone for 30 days, reports news agency IANS. The actress says she wanted to get into the skin of her character for which she had to "unlearn" a lot about herself. "Acting for me is a process of metamorphosis. It's about forgetting who I'm and becoming someone entirely new. Until and unless I find the person I'm looking to become, I don't find my peace. I de-cluttered myself and lived with my character for about 30 days. I had to unlearn so much to learn the most about her," Bhumi Pednekar was quoted as saying.

"I stayed at home, researched as much as I could and had basic human interaction with my family before I boarded my flight to Chambal," Bhumi explained. "It's tough disconnecting from the people you love, the Internet and life. But it was the only way to do it," she added.

Bhumi, who debuted in Yash Raj Films' Dum Laga Ke Haisha, said that isolation was the only way she could have achieved what she wanted for her role in Sonchiriya. "Every artiste has his or her method and every character requires a different approach and for Sonchiriya, I required isolation. I took to a single-minded approach that saw me cut-off from the world at large and be with my character to understand the mind, psyche and behaviour of who I'm becoming," she said.

The IANS report also stated that Bhumi Pednekar lived in Chambal for a week prior to filming to get familiar with the terrain. In Sonchiriya, Bhumi Pednekar plays the role a local from Chambal whose path crosses the infamous dacoits in the area, who are being targetted by the police. Her life takes a dangerous turn after her interaction with the group of dacoits.