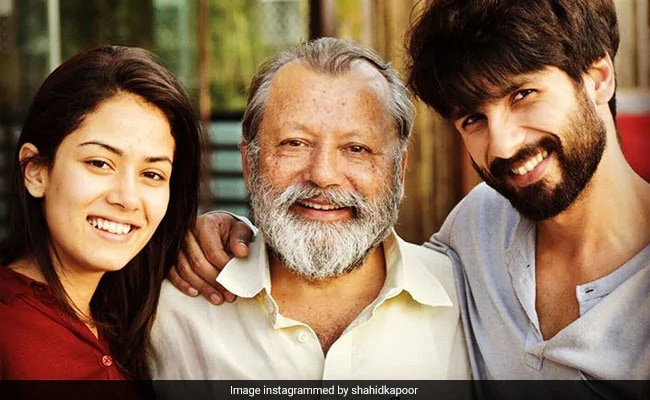 Happy birthday, Pankaj Kapur! On the actor's 67th birthday, his son Shahid Kapoor shared a perfect greeting. He posted a happy picture with his dad, which appears to be from the sets of their next film together Jersey. In the picture, the father-son duo can be seen happily posing together. "Happy Birthday Dad," Shahid simply captioned the post. The comments section was full of greetings for the veteran actor. "What a sweet/cool picture," commented a fan. "Undoubtedly one of the best .... Ever! Happy birthday Pankaj ji," added actor Rohit Roy. See Shahid Kapoor's post here:

Meanwhile, Pankaj Kapur's daughter-in-law Mira Rajput posted a happy picture of the actor on her Instagram stories and she wrote: "Happy birthday dad."

Pankaj Kapur is best-known for his performances in films such as Jaane Bhi Do Yaaro, Mohan Joshi Hazir Ho!, Chameli Ki Shaadi, Main Prem Ki Diwani Hoon, Matru Ki Bijlee Ka Mandola, The Blue Umbrella, Halla Bol, Dharm, Sehar, Main Zinda Hoon among others. He has three National Awards to his name for his performances in Raakh, Ek Doctor Ki Maut and Maqbool. He directed Shahid in the 2011 film Mausam which also starred Sonam Kapoor. Shahid and Pankaj Kapur co-starred in Shandaar. They will be seen together in Jersey as well.