"A sense of feeling claustrophobic that I have to stay with my parents and raise the child on my own," Neelima on what she felt after divorce from Pankaj 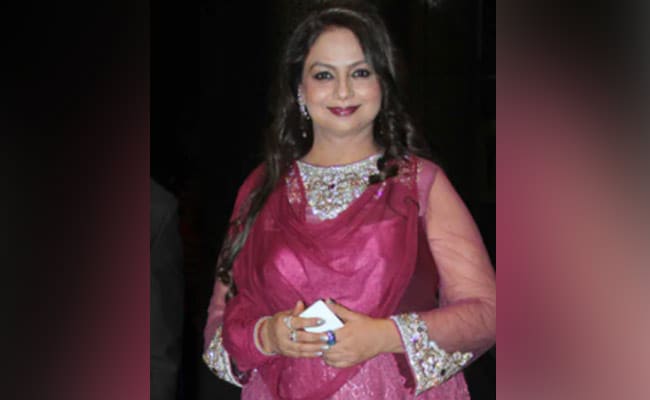 Neelima Azeem photographed at an event in Mumbai.

Neelima Azeem occupied a spot on the list of trends on Tuesday after she opened up about her divorce from actor Pankaj Kapur in a recent interview. Neelima, who was last seen in Netflix film Dolly Kitty Aur Woh Chamakte Sitare, married Pankaj Kapur in 1979 and the duo welcomed their son, actor Shahid Kapoor, on February 25, 1981. A few years after Shahid Kapoor's birth, Neelima Azeem and Pankaj Kapur parted ways. Speaking about how divorce from Pankaj Kapur, who is now married to actress Supriya Pathak, had affected her, Neelima Azeem told Bollywood Bubble: "It was the first time when I actually experienced grief, sorrow, rejection, anxiety, pain and fear of the unknown. And a whole lot of insecurity. And also a sense of feeling claustrophobic that I have to stay with my parents now and raise the child on my own and how I am going to be moving towards being the independent girl that I always wanted to be and in many ways was."

Neelima said that before her separation from Pankaj Kapur, she never faced "rejection" in her life as it was "just beautiful" - "everybody used to love her and follow her around." But the failure of her first marriage did "hit" her, she said in the interview and added: "Because you know I was in my own opinion God's favourite child. Because I got everything so beautifully, at the age of 15 I debuted as a Kathak exponent and there was no looking back. Then I became the highest in demand dancer and everything was so wonderful. Then I had this wonderful friend who I got married to. Everything was just beautiful. My parents were wonderful. I had a great crowd around me. Toh mujhe yeh pata hi nahi tha ki zindagi mein aisa bhi hota hai jismein paun fisal jaye aur aap gir jaayein. Aur rejection ka toh koi sawaal hi nahi hai because everybody used to love me and follow me around."

"Everything was hunky-dory" for Neelima Azeem until the "divorce happened": "This was the first time when I actually slipped and fell on my face, so to say."

After Pankaj Kapur, Neelima Azeem married actor Rajesh Khattar, with whom she has son Ishaan Khatter, the star of films like Beyond the Clouds, Dhadak and Khaali Peeli.

Neelima and Rajesh Khatter divorced sometime in 2001 and after that, the actress married Ustad Raza Ali Khan. However, her marriage with Raza Ali Khan did not last long and they parted ways in 2009.

Neelima Azeem has featured in several films like Blackmail, Alif, Dehraadun Diary, Ishq Vishk (starring her son Shahid), Kaala Mandir and others. She has also worked in television shows such as Kashmeer, Amrapali, Dhoondh Legi Manzil Humein and Junoon.