For Janhvi Kapoor "Painting Days Are Back". See Her Post 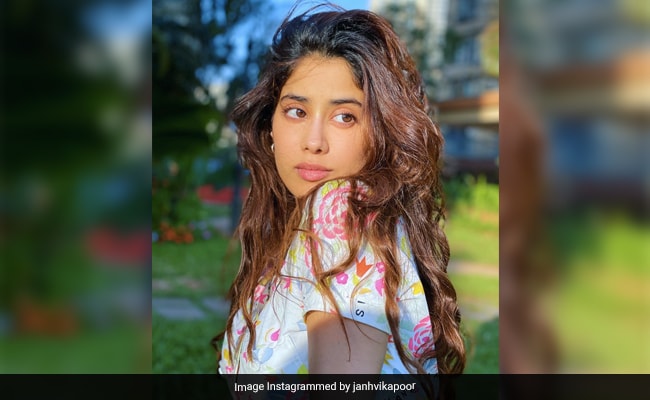 Mumbai is currently under strict COVID-19 lockdown, allowing only essential services to function. And just like the rest of us, our favourite celebrities, too, are now revisiting some of their old hobbies to spend time productively. Taking a cue from her lockdown activities last year, Janhvi Kapoor is back to experimenting with her art. In her recent Instagram Stories, the actress shared a beautiful painting that she had made. In the photo, we see a large canvas of nature-themed artwork with the sea, moon and clouds depicted elegantly. The caption read, "Painting days are back." The 24-year-old also added two stickers to her fun upload. 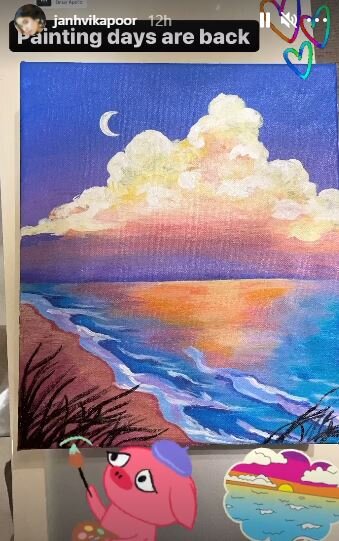 In case you missed it, the Dhadak star had previously posted a few of her paintings on social media. She tried her hands on various themes such as religion, animated characters and nature. Presenting her paintings to the world, Janhvi had mentioned in the caption, "Been trying to be a painter this past week."

In another post from last year, we can see producer Boney Kapoor's daughter smeared with colours. One can spot multiple paintbrushes, colour tubes, bottles, canvases and lots of newspaper sheets to avoid staining the floor. "Self-isolation productivity," she wrote with the snap. She also added the hashtags #stayhomestaysafe, #fightcorona, which remain relevant even today.

The actress recently returned from a vacation that she took with her friends. She surprised fans with a cameo in actress Sara Ali Khan's workout video. The actresses are seen doing leg raises, lunges, pushups and squats together. The description also had one of Sara's trademark poems and read, "Go with the flow, steady and slow, kick high- squat low. That's how you'll get the golden glow. For better instructions ask Namrata Purohit to show."

Earlier this year, Janhvi was seen in the horror-comedy movie, Roohi. She will be seen next in Sidharth Sengupta's comedy-crime film, Good Luck Jerry. Janhvi also has been roped in for two Dharma Productions' projects, Dostana 2 and Takht.