For Dhadak Stars Janhvi Kapoor And Ishaan Khatter, A Note From Karan Johar 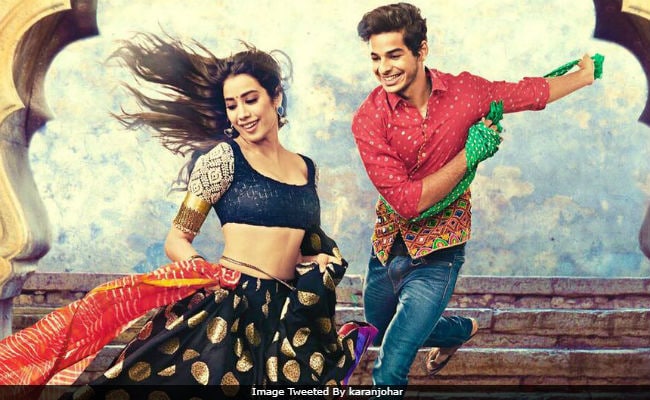 New Delhi: Filmmaker Karan Johar, who is producing Janhvi Kapoor and Ishaan Khatter's forthcoming film Dhadak, has written a note for both the actors' debut Bollywood film, reports news agency IANS. KJo read out the note on his radio show Calling Karan. "It's a new year which means new beginnings and time for new relationship goals... Dear Janhvi and Ishaan, you are going to embark on a new journey of stardom this year. You will face many firsts in 2018 from promotion to paparazzi to link-ups and trolling to fame and failures. You are going to see it all," he wrote, IANS reported.

Janhvi is actress Sridevi and filmmaker Boney Kapoor's elder daughter. Ishaan, who has starred in Indo-Iranian film Beyond The Clouds, is Shahid Kapoor's brother. Janhvi and Ishaan's Dhadak, directed by Shashank Khaitan, is a remake of Marathi blockbuster Sairat.

"Through all of this, I just want to remind you to not take yourself too seriously and absorb every new experience because these initial days will never come back again. Janhvi, Ishaan your best qualities are that you all are still students. That you both really stand by your beliefs and the fact that you really don't take yourself as seriously as I sometimes think you should. I love the fact that you are still vulnerable and innocent, please hold onto that," Karan Johar further added.

Karan Johar announced Dhadak with Janhvi and Ishaan a couple of months ago. The work-in-progress film has been shot in Udaipur, pictures of the actors on the sets were shared by Karan Johar and fashion designer Manish Malhotra (also, Sridevi's favourite), some time back. Sridevi had also visited Janhvi on sets.

"The basic premise (of Dhadak and Sairat) is same. But there are variations. My story is based on another set up. It is (set) in Rajasthan. It comes with its own challenges, conflicts and style of a love story. We are adapting Sairat into the world that we want to," Shashank Khaitan earlier told news agency PTI.

Promoted
Listen to the latest songs, only on JioSaavn.com
Dhadak releases on July 6.