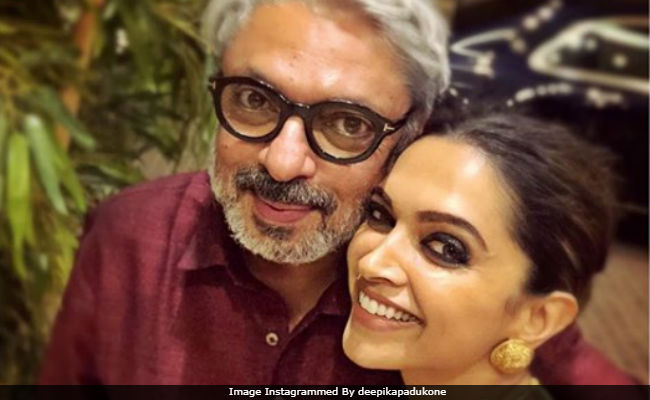 New Delhi: Deepika Padukone, Ranveer Singh and Shahid Kapoor's "Padmaavat" has shattered major box office records. In India, the period drama has earned over Rs 276 crore and worldwide, the film currently stands at Rs 500 crore (whoa). To mark the success of "Padmaavat," the team has planned a grand party over the weekend and mid-day reports that bash will be held at Ark Deck Bar, a floating restaurant in Mumbai. Team "Padmaavat" has zeroed in on February 24 as the party date, as it is also director Sanjay Leela Bhansali's 56th birthday. "The team did not want a run-of-the-mill party at a five star. So they zeroed in on the Ark Deck Bar, the floating restaurant that has an open-air bar deck, a sit-down restaurant and private dining areas. It not only offers stunning view as it sails off the coast into the sea, but will also give the stars privacy from the paparazzi," a source told mid-day.

The party will be attended by Deepika and Ranveer (of course). However, Shahid, who is filming Batti Gul Meter Chalu in Uttarakhand, will give it a miss. "Shahid won't be present as he's shooting in Tehri. A guest list of about 150 people has been drawn up that includes other Bollywood stars as well. The Ark is just a boat ride away from the Sea Link jetty. Everyone including Deepika and Ranveer will be ferried across," reports mid-day. The party menu comprises of European, Indian, Italian and pan-Asian cuisines.

"Padmaavat" is Deepika Padukone and Ranveer Singh's third hit film with Mr Bhansali. They previously collaborated for Ram-Leela and Bajirao Mastani. The trio had also hosted a party after the success of these two films.

Promoted
Listen to the latest songs, only on JioSaavn.com
In "Padmaavat," Deepika stars as Rani Padmavati, who committed jauhar after Alauddin Khilji invaded Chittor fort. Ranveer plays Khilji in the film and Shahid features as Maharawal Ratan Singh, Deepika's husband.