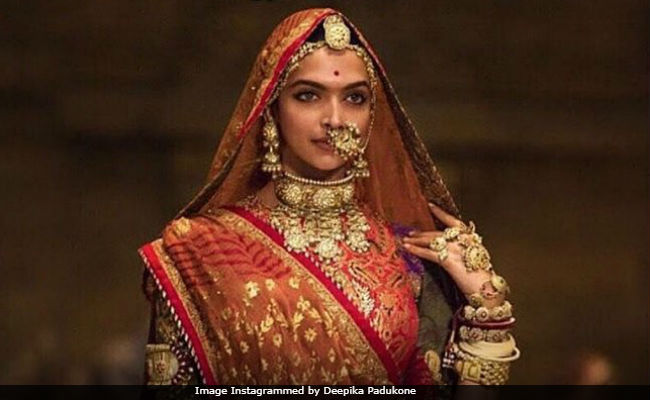 "Padmaavat", starring Deepika Padukone, Ranveer Singh and Shahid Kapoor, was released on January 25, amid protests by several fringe groups that demanded a nationwide ban on the film's release. "Padmaavat"was Deepika and Ranveer's third collaboration together and their third association with director Sanjay Leela Bhansali. They have previously worked in Ram-Leela and Bajirao Mastani.

With "Padmaavat"'s success, Ranveer Singh has become the youngest actor whose film has crossed Rs 200-crore mark. Speaking of his association with Mr Bhansali, Ranveer told news agency PTI, "I am ready to do anything for Mr Bhansali. I understand too well that our collaboration is very special, and a lot of people recognise that, I recognise it too. I hope to do more films with him, and I hope that I am able to create a vast legacy of memorable films with such a special filmmaker."

Jim Sarbh and Aditi Rao Hydari also play pivotal roles in "Padmaavat". It was the first Indian film to have a global IMAX 3D release.

Promoted
Listen to the latest songs, only on JioSaavn.com
Ranveer Singh is currently gearing up Gully Boy and Rohit Shetty's Simmba.

(With inputs from PTI.)