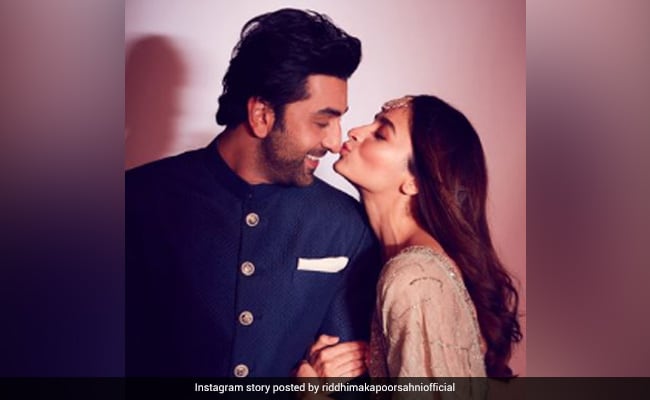 After Alia Bhatt and Ranbir Kapoor welcomed their first child, a baby girl, on Sunday, members of the Kapoor family congratulated the couple. Ranbir Kapoor's mom Neetu Kapoor re-shared Alia's post announcing the birth of baby daughter. "Blessings," Neetu Kapoor captioned the post. Meanwhile, Ranbir's sister Riddhima Kapoor Sahni posted on her Instagram Stories: "Happiest today. Proud parents to the most adorable baby girl. Blessings. Bua loves her already." In a separate Instagram post, Riddhima Kapoor Sahni wrote: "Our baby girl is here." Alia Bhatt's statement announcing birth of baby daughter read: "And in the best news of our lives:- Our baby is here...and what a magical girl she is. We are officially bursting with love - blessed and obsessed Parents! Love, love, love Alia and Ranbir."

This is what Riddhima Kapoor Sahni posted: 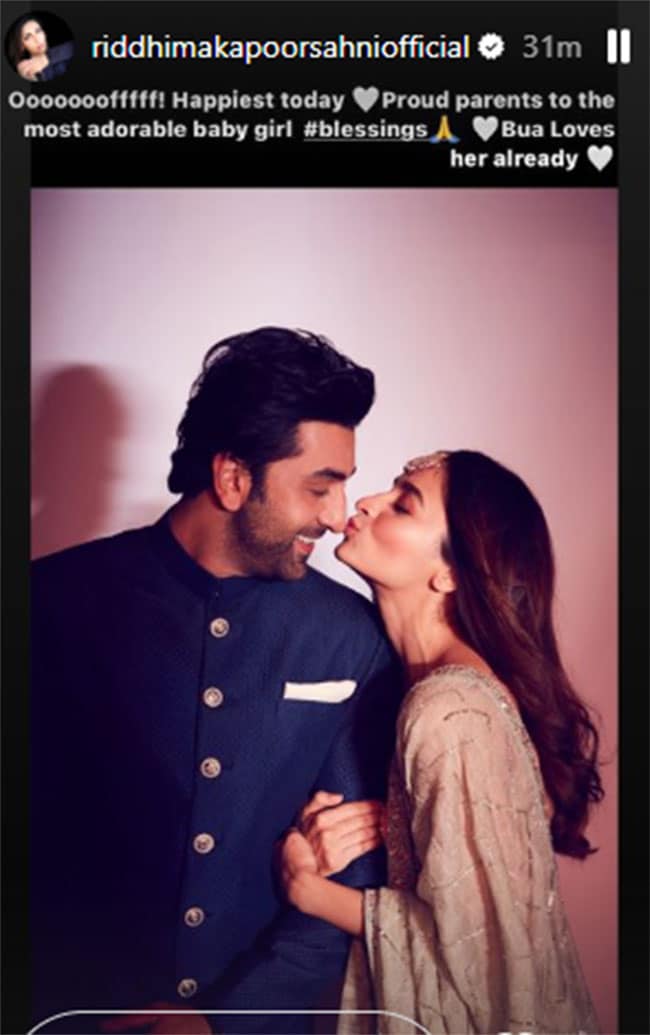 Here's another post shared by Riddhima for her niece.

Alia Bhatt announced her pregnancy in an Instagram post in June this year. She married Brahmastra co-star Ranbir Kapoor in April this year at their house Vastu, in front of a few family members and close friends. The star couple had been dating for over 5 years before getting married. Their story began on the sets of Ayan Mukerji's Brahmastra, their first film together.