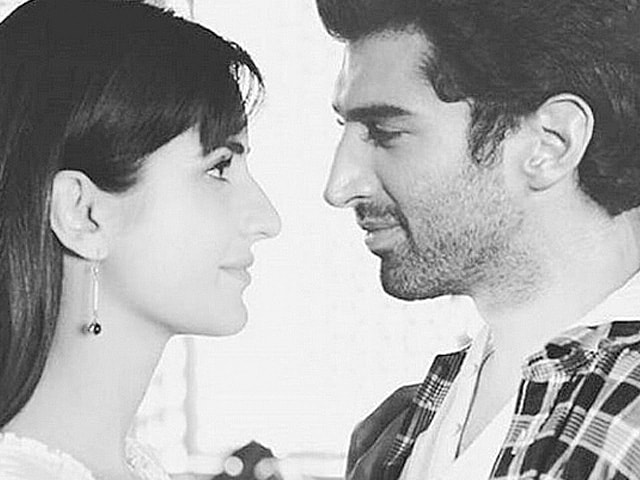 Set in the midst of a snow capped background, the poster features Katrina, wrapped in a white robe. She stands on a wooden bridge of sorts against the frosty breeze, with her hair dyed in a striking red colour. The poster bears the tagline - 'Yeh Ishq Nahi Aasan.'

Been a fab yr 4 us & 2sign off before 2016 here's a brief intro 2our labour of love #Fitoor#guyinthesky#utvpic.twitter.com/Ves9gmsoEy

Fitoor, which is an adaptation of Charles Dickens' novel Great Expectations, also features Katrina and Aditya together onscreen for the first time. (Also Read: Katrina Kaif 'Fell in Love' With Fitoor Script Instantly)

Aditya, who was last seen in 2014's Daawat-e-Ishq, plays the role of a Kashmiri boy in Fitoor. Earlier, in November, a spokesperson of the film told news agency IANS that Aditya will portray three distinctive looks in the film.

Fitoor, which also stars Tabu, is scheduled to release on February 12, 2016.